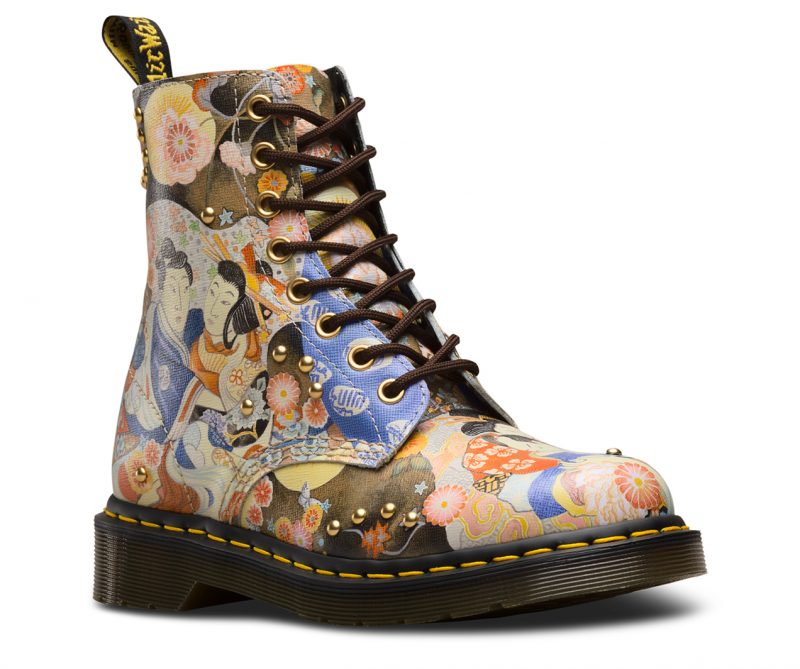 In wake of a recent prom cheongsam dust up, it remains to be seen whether Doc Martens’ special edition Eastern Art shoes and boots will be regarded as a misstep.

Those eye-catching kicks may have inspired more than a few fashion-conscious punks to delve into art history, but what will consumers—and more importantly activists on the alert for cultural appropriation—make of the Eastern Art line?

…a new homage to traditional Japanese art with a fresh, contemporary … spin. Featuring detailed hand-drawn paintings, the art is digitally printed on a textured leather designed to emulate traditional Japanese parchment, while gold-tone eyelets and studding complete the look.

One wonders what led the footwear giant to go with a mishmash “inspired by” approach, when there are so many wonderful Edo period artists who merit a boot of their own? 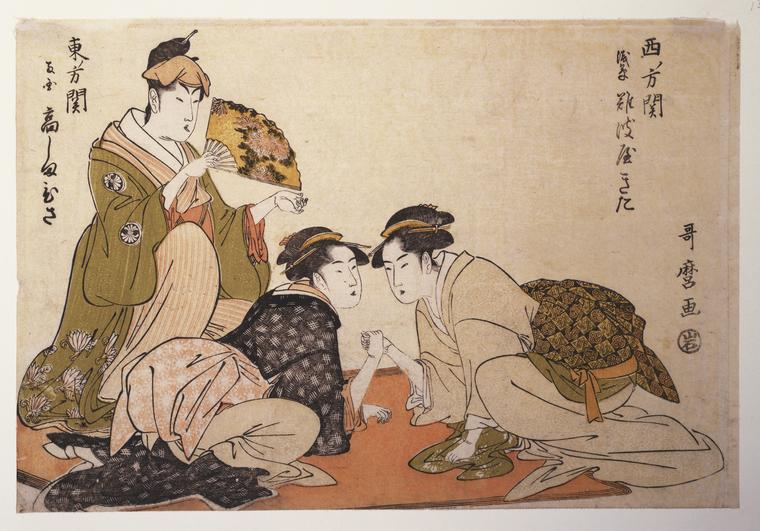 Kitagawa Utamaro could shod heels and ankles with the floating world.

Tawaraya Sōtatsu’s work would easily transfer from screen to shoe.

Thus far, the lone complaints have centered on the pain of breaking in the new boots, a badge of honor among longtime wearers of the company’s best-selling 1460 Pascal style.

Asia Trend reports that Doc Martens has two shops in Japan, with plans to open more. 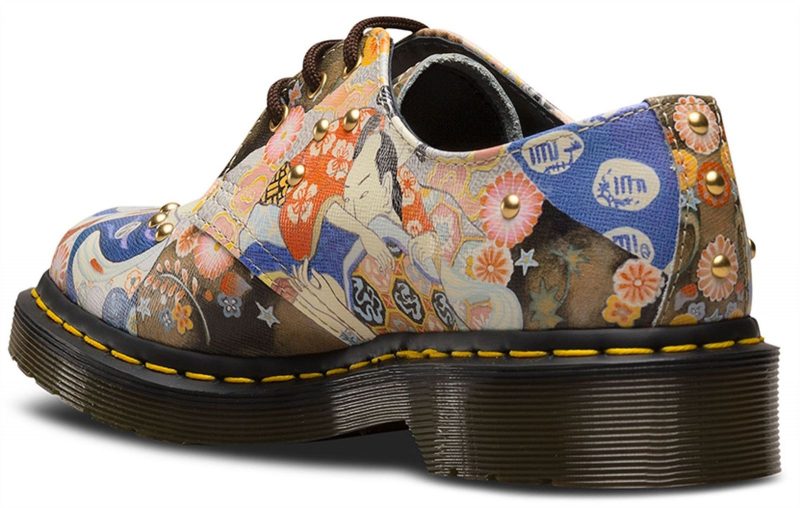 If you’re inclined to stomp around in a pair of Dr. Martens 1460 Pascal Eastern Art boots or 1461 Oxfords, best place your order soon, as these special editions have a way of selling out quickly.