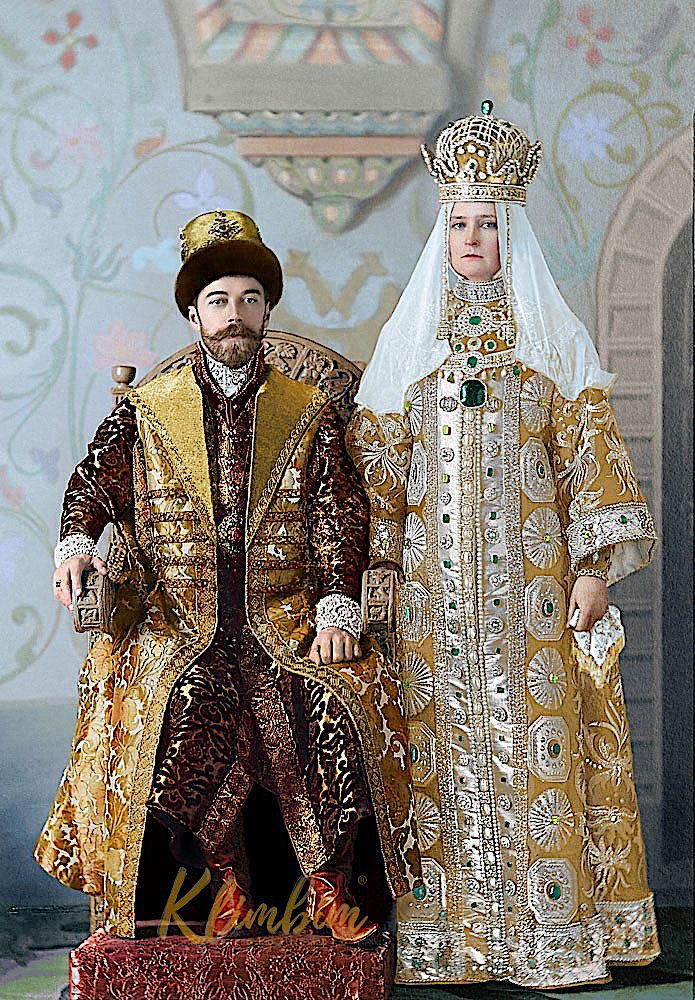 In 1903, the Romanovs, Russia’s last and longest-reigning royal family, held a lavish costume ball. It was to be their final blowout, and perhaps also the “last great royal ball” in Europe, writes the Vintage News. The party took place at the Winter Palace in St. Petersburg, 14 years before Czar Nicholas II’s abdication, on the 290th anniversary of Romanov rule. The Czar invited 390 guests and the ball ranged over two days of festivities, with elaborate 17th-century boyar costumes, including “38 original royal items of the 17th century from the armory in Moscow.”

“The first day featured feasting and dancing,” notes Russia Beyond, “and a masked ball was held on the second. Everything was captured in a photo album that continues to inspire artists to this day.” The entire Romanov family gathered for a photograph on the staircase of the Hermitage theater, the last time they would all be photographed together.

It is like seeing two different dead worlds superimposed on each other—the Romanovs’ playacting their beginning while standing on the threshold of their last days.

With the irony of hindsight, we will always look upon these poised aristocrats as doomed to violent death and exile. In a morbid turn of mind, I can’t help thinking of the baroque gothic of “The Masque of the Red Death,” Edgar Allan Poe’s story about a doomed aristocracy who seal themselves inside a costume ball while a contagion ravages the world outside: “The external world could take care of itself,” Poe’s narrator says. “In the meantime it was folly to grieve or to think. The prince had provided all the appliances of pleasure…. It was a voluptuous scene, that masquerade.” 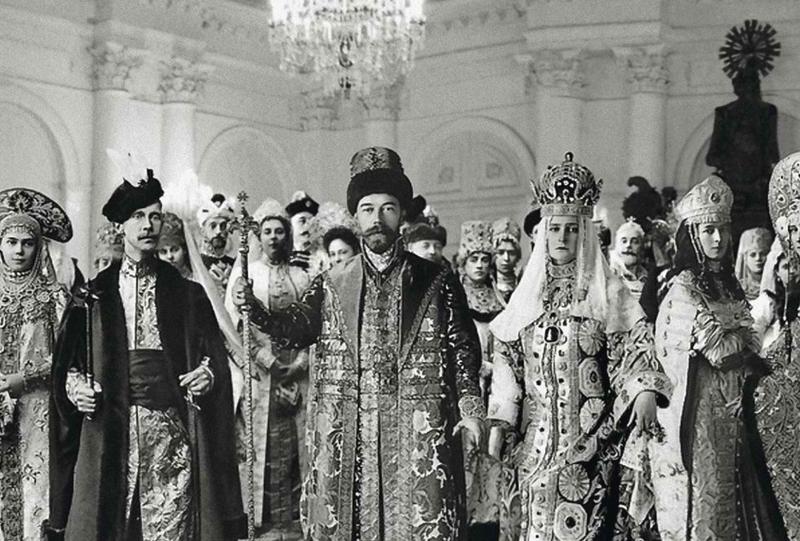 Maybe in our imagination, the Romanovs and their friends seem haunted by the weight of suffering outside their palace walls, in both their country and around Europe as the old order fell apart. Or perhaps they just look haunted the way everyone does in photographs from over 100 years ago. Does the colorizing of these photos by Russian artist Klimbim—who has done similar work with images of WW2 soldiers and portraits of Russian poets and writers—make them less ghostly? 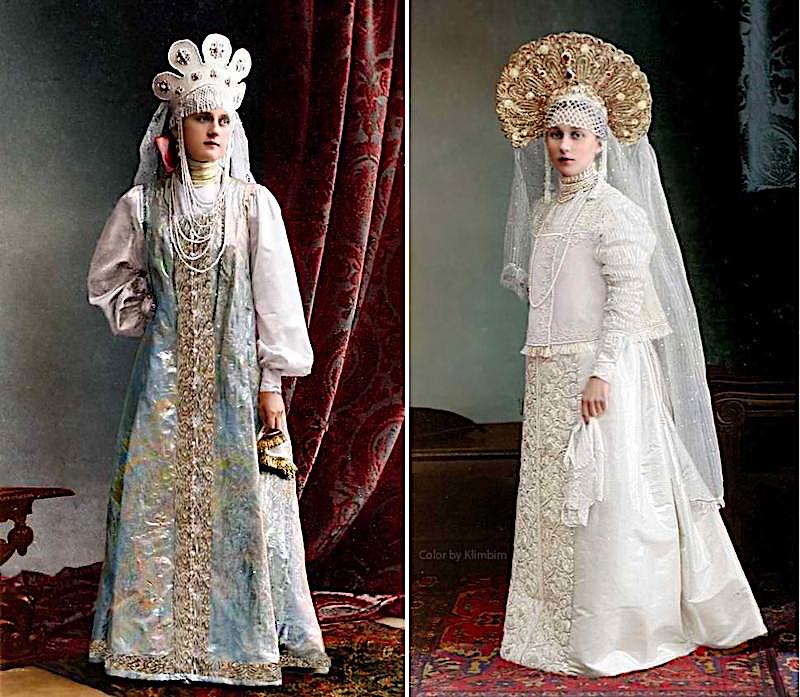 It puts flesh on the pale monochromatic faces, gives the lavish costuming and furniture texture and dimension. Some of the images almost look like art nouveau illustrations (and resemble those of some of the finest illustrators of Poe’s work) and the work of contemporary painters like Gustav Klimt. Maybe it’s just me, but it seems that unease lingers in the eyes of some subjects—Empress Alexandra Fedorovna among them—a certain vague and troubled apprehension. 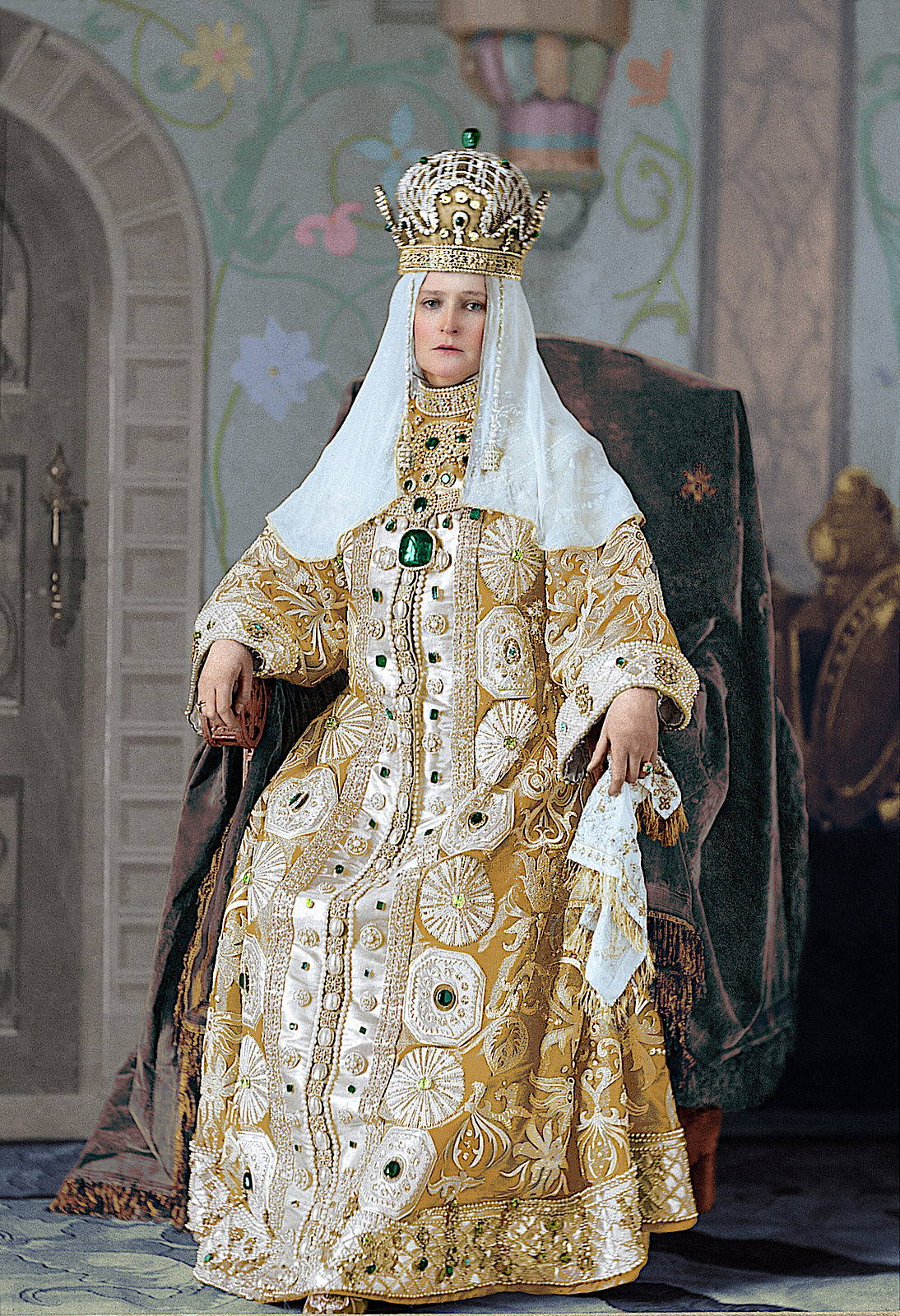 In their book A Lifelong Passion, authors Andrei Maylunas and Sergei Mironenko quote the Grand Duke Alexander Mikhailovitch who remembered the event as “the last spectacular ball in the history of the empire.” The Grand Duke also recalled that “a new and hostile Russia glared though the large windows of the palace… while we danced, the workers were striking and the clouds in the Far East were hanging dangerously low.” As Russia Beyond notes, soon after this celebration, “The global economic crisis marked the beginning of the end for the Russian Empire, and the court ceased to hold balls.” 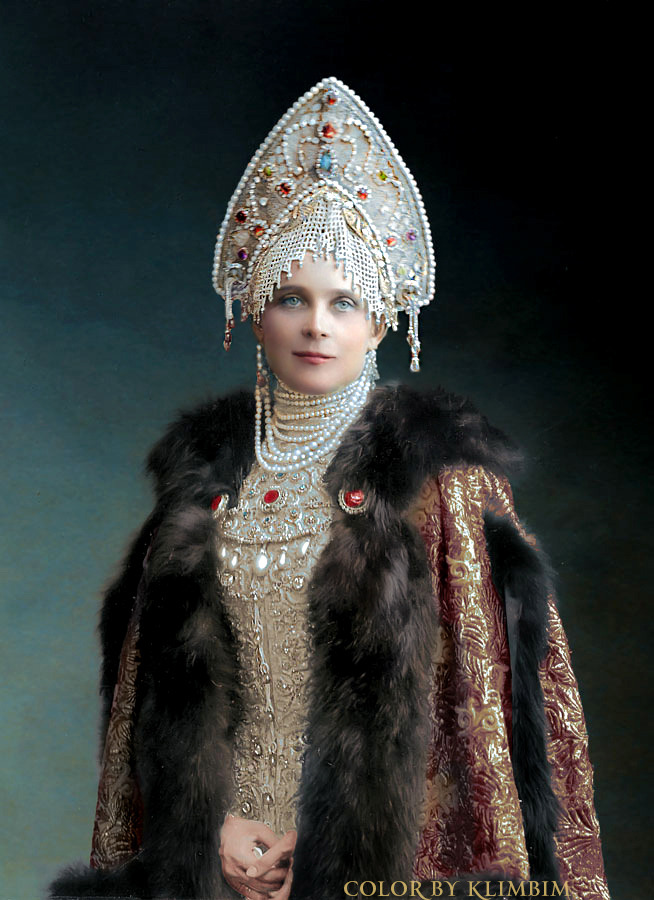 In 1904, the Russo-Japanese War began, a war Russia was to lose the following year. Then the aristocracy’s power was further weakened by the Revolution of 1905, which Lenin would later call the “Great Dress Rehearsal” for the Revolutionary takeover of 1917. While the aristocracy costumed itself in the trappings of past glory, armies amassed to force their reckoning with the 20th century.

Who knows what thoughts went through the mind of the tzar, tzarina, and their heirs during those two days, and the minds of the almost 400 noblemen and women dressed in costumes specially designed by artist Sergey Solomko, who drew from the work of several historians to make accurate 17th-century recreations, while Peter Carl Fabergé chose the jewelry, including, writes the Vintage News, the tzarina’s “pearls topped by a diamond and emerald-studded crown” and an “enormous emerald” on her brocaded dress? 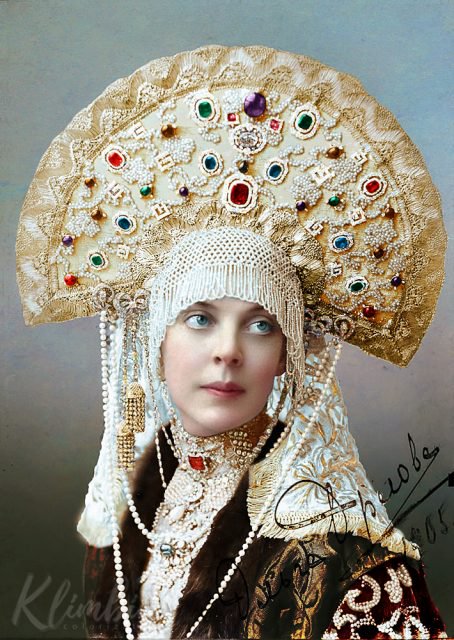 If the Romanovs had any inkling their almost 300-year dynasty was coming to its end and would take all of the Russian aristocracy with it, they were, at least, determined to go out with the highest style; the family with “almost certainly… the most absolutist powers” would spare no expense to live in their past, no matter what the future held for them. See the original, black and white photos, including that last family portrait, at History Daily and Russia Beyond, and see several more colorized images at the Vintage News.

via The Vintage News