Explore the New 717-Gigapixel Scan of Rembrandt’s The Night Watch, the Most Detailed Photo Ever Taken of a Work of Art 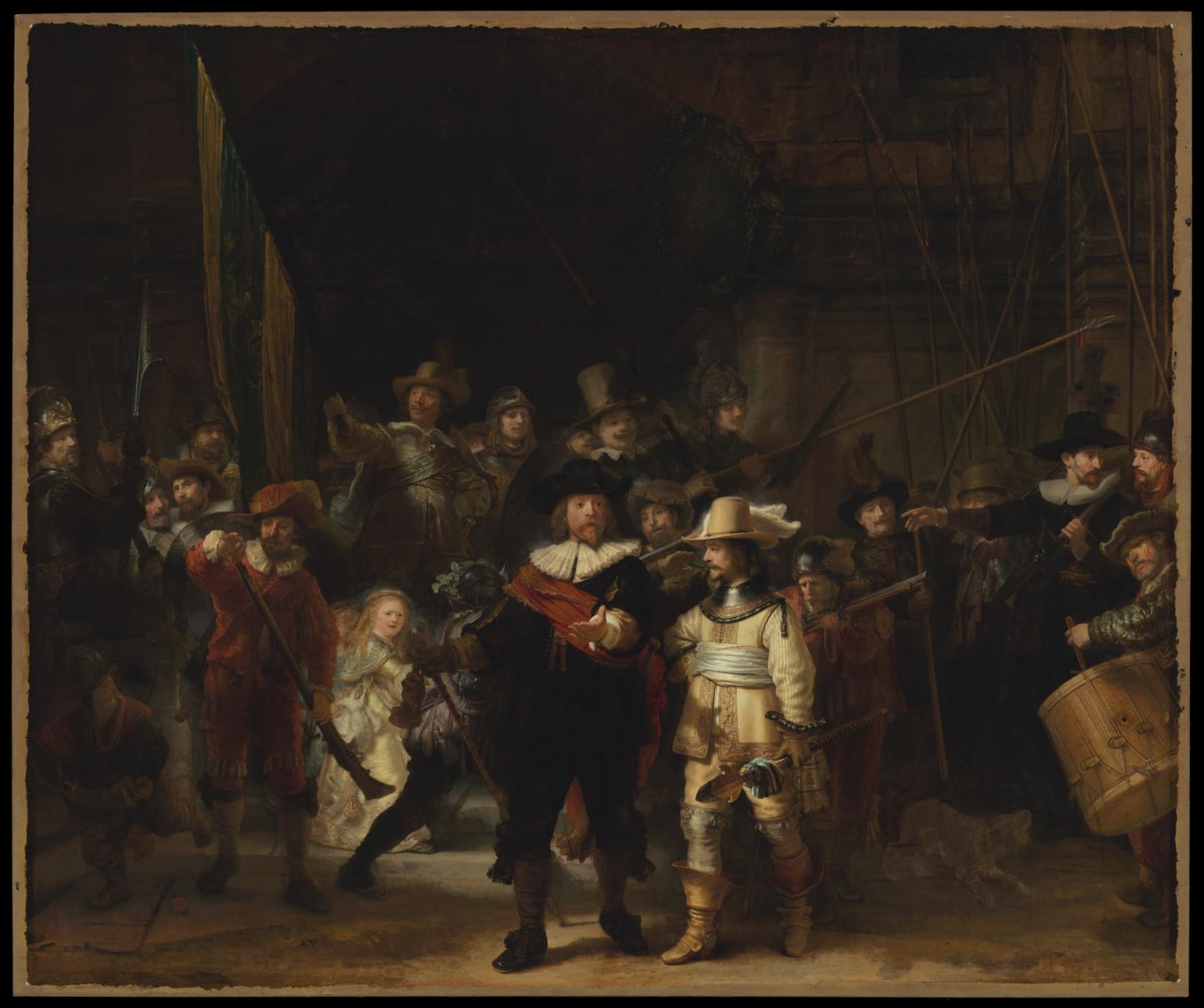 Filmmaker and serious Rembrandt enthusiast Peter Greenaway once called The Night Watch the most famous painting in the Western world, behind the Mona Lisa, The Last Supper, and the ceiling of the Sistine Chapel. But if the resources devoted to its scrutiny are anything to go by, the Dutch masterwork has been gaining on those other three in recent years. Can any work of Leonardo or Michelangelo, for example, boast of having been digitized at a resolution of 717 gigapixels, as the Rijksmuseum has just done with The Night Watch? 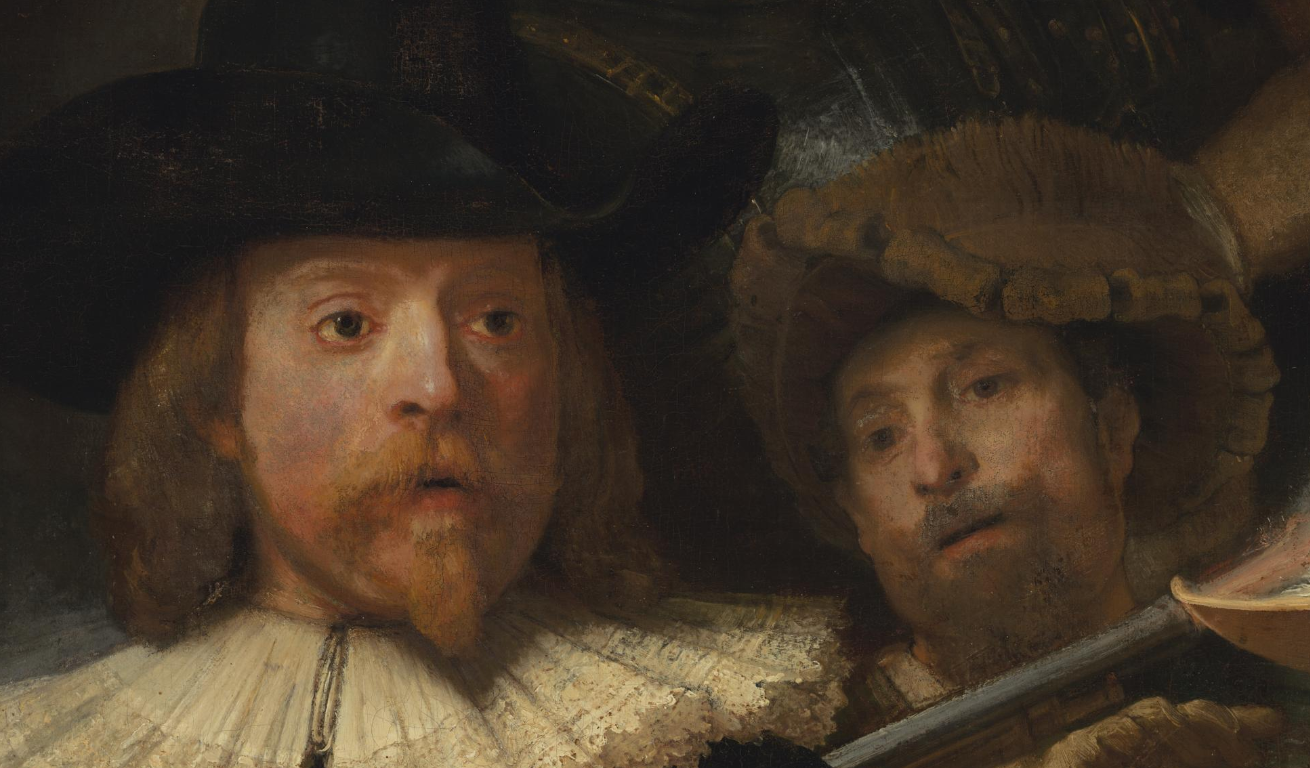 In fact, no other work of art in existence has ever been the subject of such a large and detailed photograph. Each of its 717,000,000,000 pixels, says the Rijksmuseum’s site, “is smaller than a human red blood cell.”

This necessitated the use of “a 00-megapixel Hasselblad H6D 400 MS-camera to make 8439 individual photos measuring 5.5cm x 4.1cm. Artificial intelligence was used to stitch these smaller photographs together to form the final large image, with a total file size of 5.6 terabytes.” You may remember artificial intelligence also having played a role in the reconstruction of the painting’s missing sections, previously featured here on Open Culture.

The result far surpasses the digital version of The Night Watch made available by the Rijksmuseum in 2020, itself high-resolution enough to allow viewers to zoom in to see the painting’s every individual brush stroke. (It even outdoes last year’s 10-billion-pixel scan of Girl with a Pearl Earring, the best-known work by Rembrandt’s fellow Dutch master Johannes Vermeer.) Now, writes Colossal’s Grace Ebert, you can see all the way down to “the cracked texture of the paint, brushstrokes, and slight pigment variations that wouldn’t be visible even if you were standing in front of the work itself.” 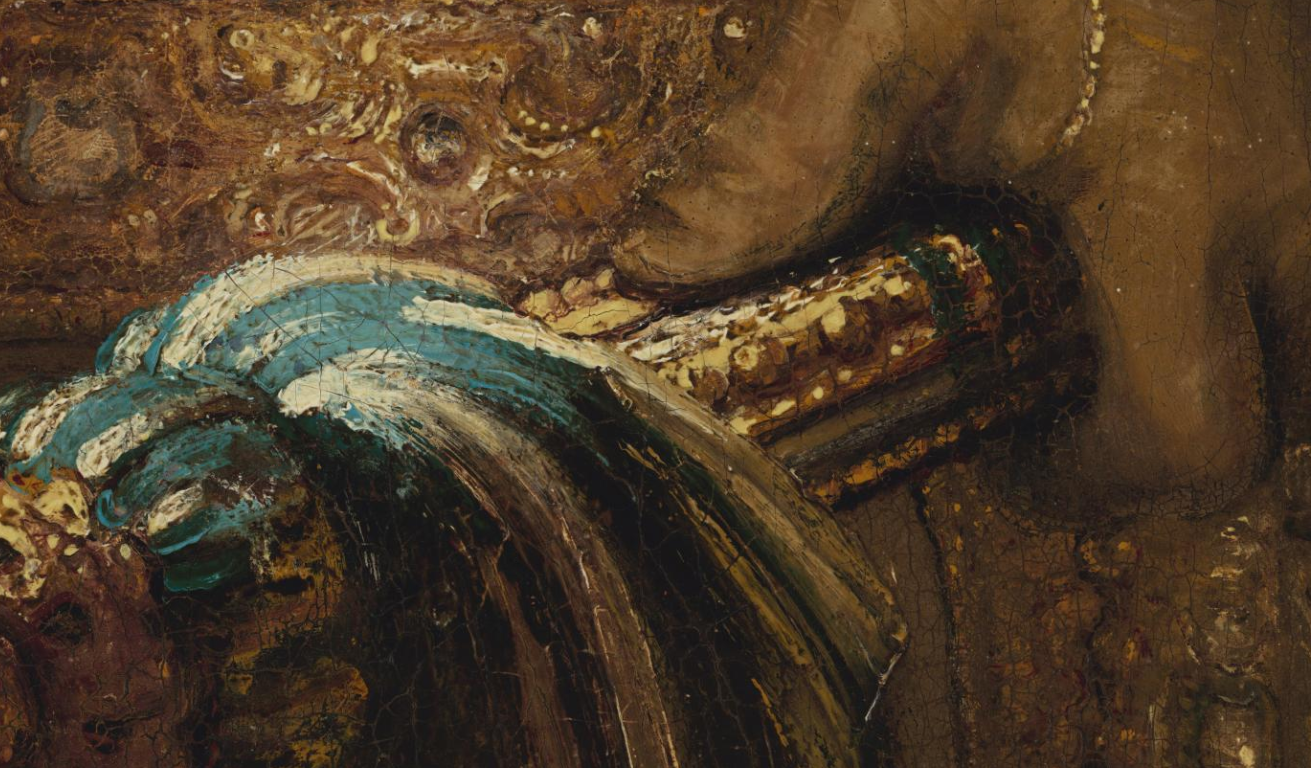 380 years after Rembrandt painted it, The Night Watch remains almost uniquely striking in its employment of contrasting shadow and light, all in service of a large-scale composition at once lifelike and somehow more vivid than reality. This digitization and the AI-assisted completion are both arts of “Operation Night Watch,” the thoroughgoing restoration project now underway at the Rijksmuseum, which will make all the elements of that composition more immediately visible than they’ve been in generations. 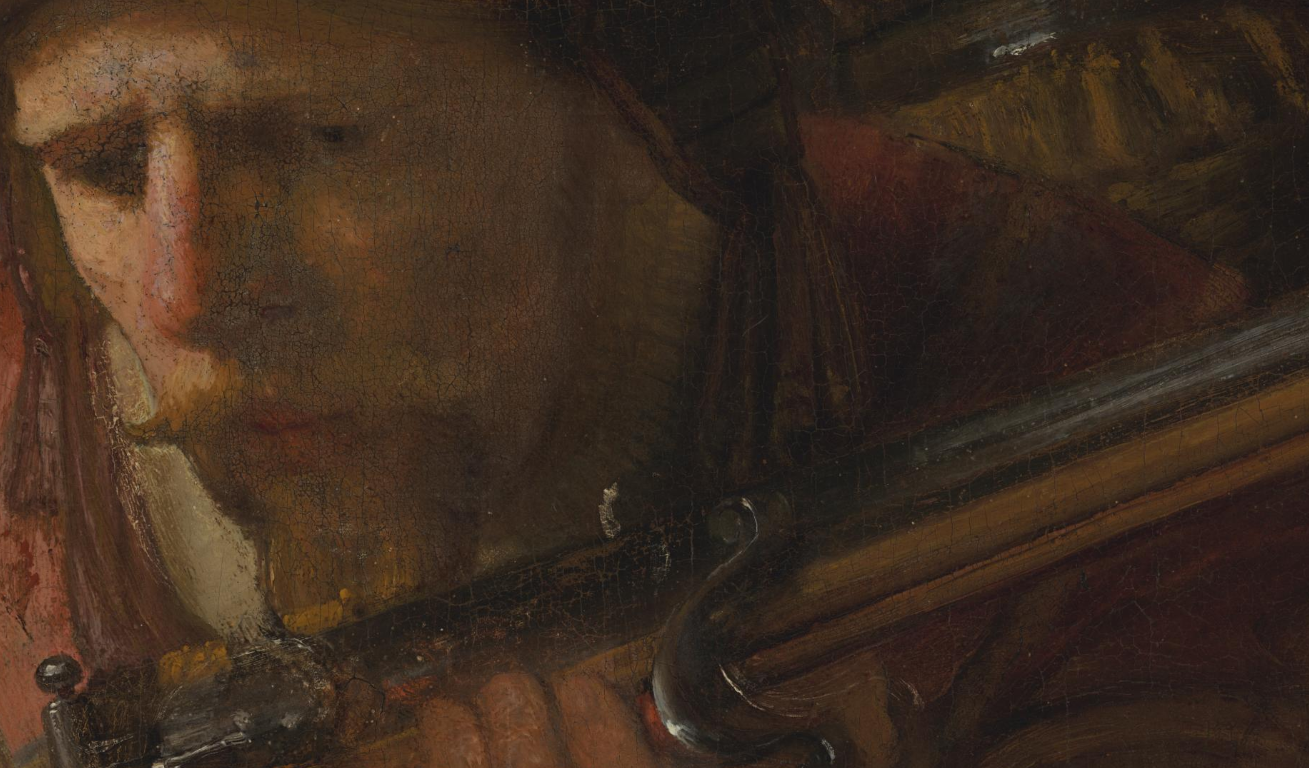 But the question of how, exactly, Rembrandt achieved such powerful effects can be answered only through rigorous examination of each and every detail, an activity open to all on the 717-gigapixel scan at the Rijksmuseum’s site.

The Restoration of Rembrandt’s The Night Watch Begins: Watch the Painstaking Process On-Site and Online

Late Rembrandts Come to Life: Watch Animations of Paintings Now on Display at the Rijksmuseum

A 10 Billion Pixel Scan of Vermeer’s Masterpiece Girl with a Pearl Earring: Explore It Online