Mystical Photographs Taken Inside a Cello, Double Bass & Other Instruments 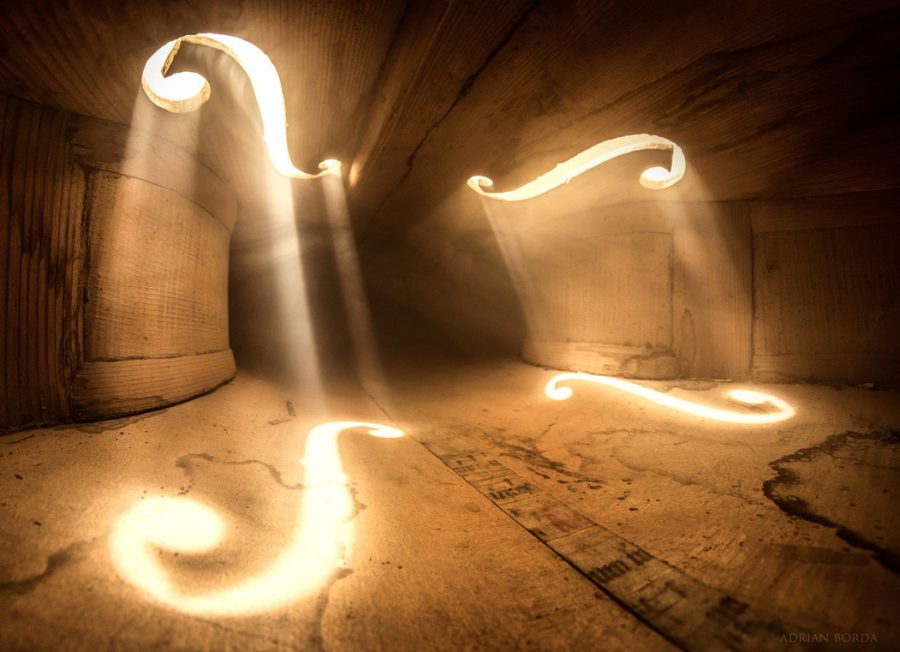 All images by Adrian Borda

“If God had designed the orchestra,” remarks a character in Rick Moody’s Hotels of North America, “then the cello was His greatest accomplishment.” I couldn’t agree more. The cello sounds sublime, looks stately… even the word cello evokes regal poise and grace. If orchestral instruments were chess pieces, the cello would be queen: shapely and dignified, prime mover on the board, majestic in symphonies, quartets, chamber pop ensembles, post rock bands….

With all its many sonic and aesthetic charms, I didn’t imagine it was possible to love the cello more. Then I saw Romanian artist Adrian Borda’s magnificent photos taken from inside one. The photo above, Borda tells us at his Deviant Art page, was taken from inside “a very old French cello made in Napoleon’s times.” It looks like the belly of the HMS Victory mated with the nave of Chartres Cathedral. The light descending through the f-holes seems of some divine origin. 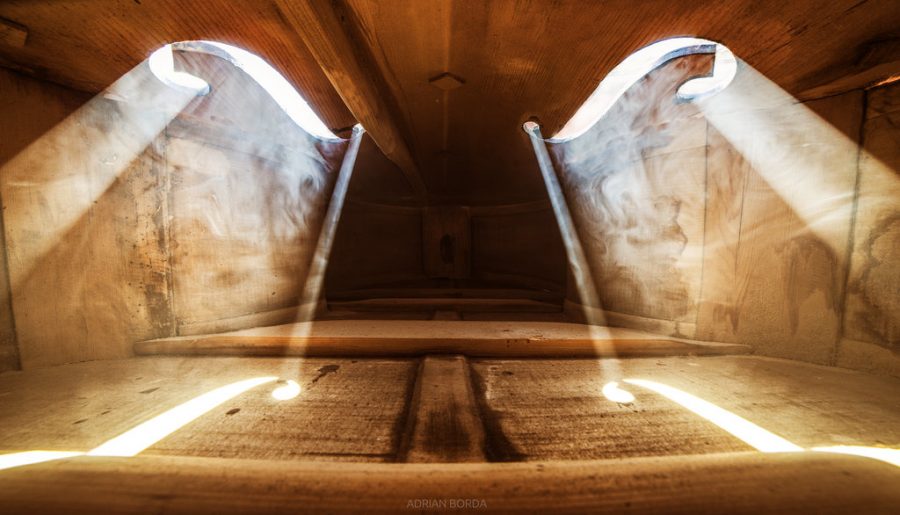 Borda has also taken photos from inside an old double bass (above), as well as a guitar, sax, and piano. The stringed orchestral instruments, he says, yielded the best results. He was first inspired by a 2009 ad campaign for the Berliner Philharmoniker that “captured the insides of instruments,” writes Twisted Sifter, “revealing the hidden landscapes within.” Without any sense of how the art director created the images, Borda set about experimenting with methods of his own.

He was lucky enough to have a luthier friend who had a contrabass open for repairs. Later he traveled to Amiens, where he found the French cello, also open. “To achieve these shots,” Twisted Sifter notes, “Borda fit a Sony NEX-6 camera equipped with a Samyang 8mm fisheye lens inside the instrument and then used a smart remote so he could preview the workflow on his phone.” Depending on the angle and the play of light within the instrument, the photos can look eerie, somber, ominous, or angelic—mirroring the cello’s expressive range. 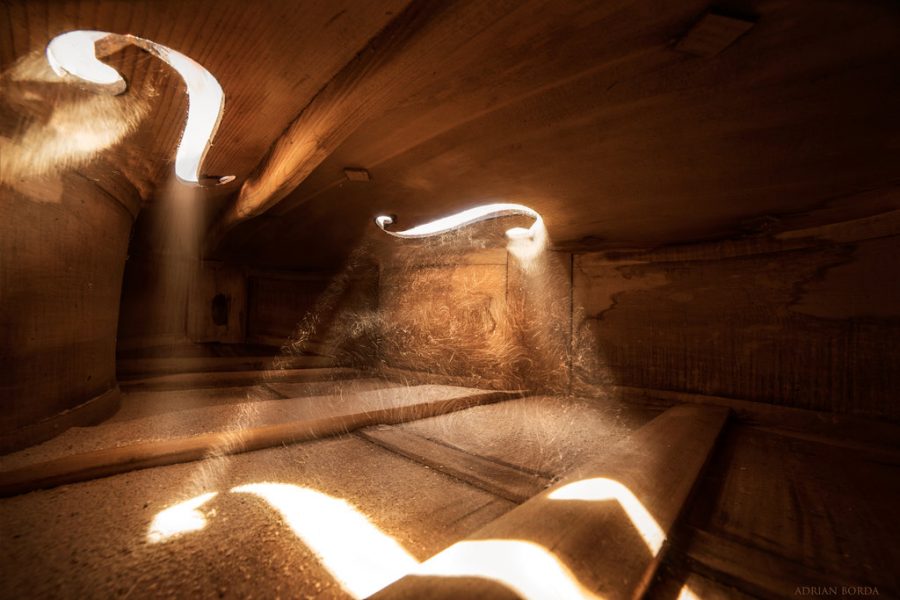 Borda gives the cello interior shot above the perfect title “A Long, Lonely Time….” Its play of smoke and light is ghostly noir. His photo below, of the inside of a saxophone, pulls us into a haunted, alien tunnel. If you want to know what’s on the other side, consider the strange surrealist worlds of Borda’s main gig as a surrealist painter of warped fantasies and nightmares. Unlike these photos, his paintings are full of lurid, violent color, but they are also filled with mysterious musical motifs. See more of Borda’s interior instrument photos at Deviant Art and Twister Sifter. 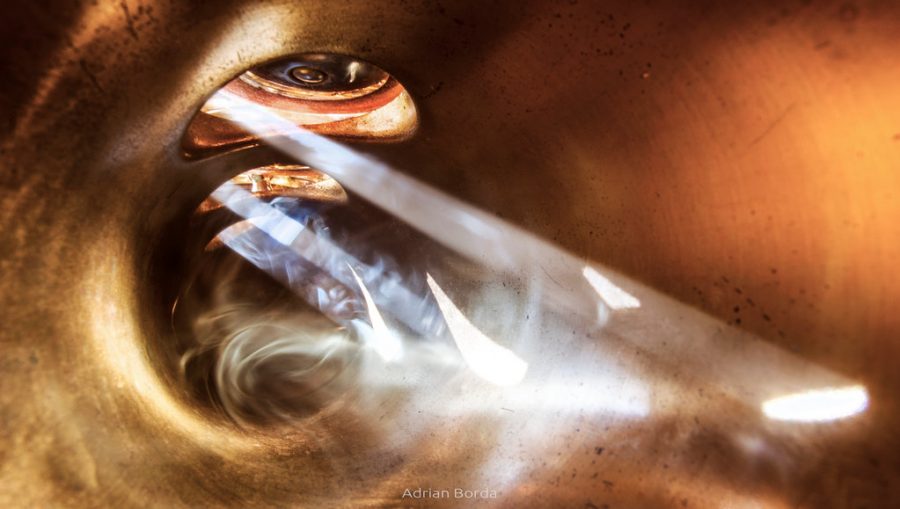 Note: An earlier version of this post appeared on our site in 2018.