On your first day in architecture school, you have to design a doghouse. Having never set foot inside an architecture school, I concede that the previous sentence may well be false, but you have to admit that it sounds plausible. As the simplest form of shelter in common use across the world, the humble doghouse presents to an aspiring architect the most basic possible test. If you can’t build one, what business do you have building anything else? Yet it was with characteristic idiosyncrasy that Frank Lloyd Wright, that most famous of all American architects, took on the project of a doghouse only toward the end of his long life and career. 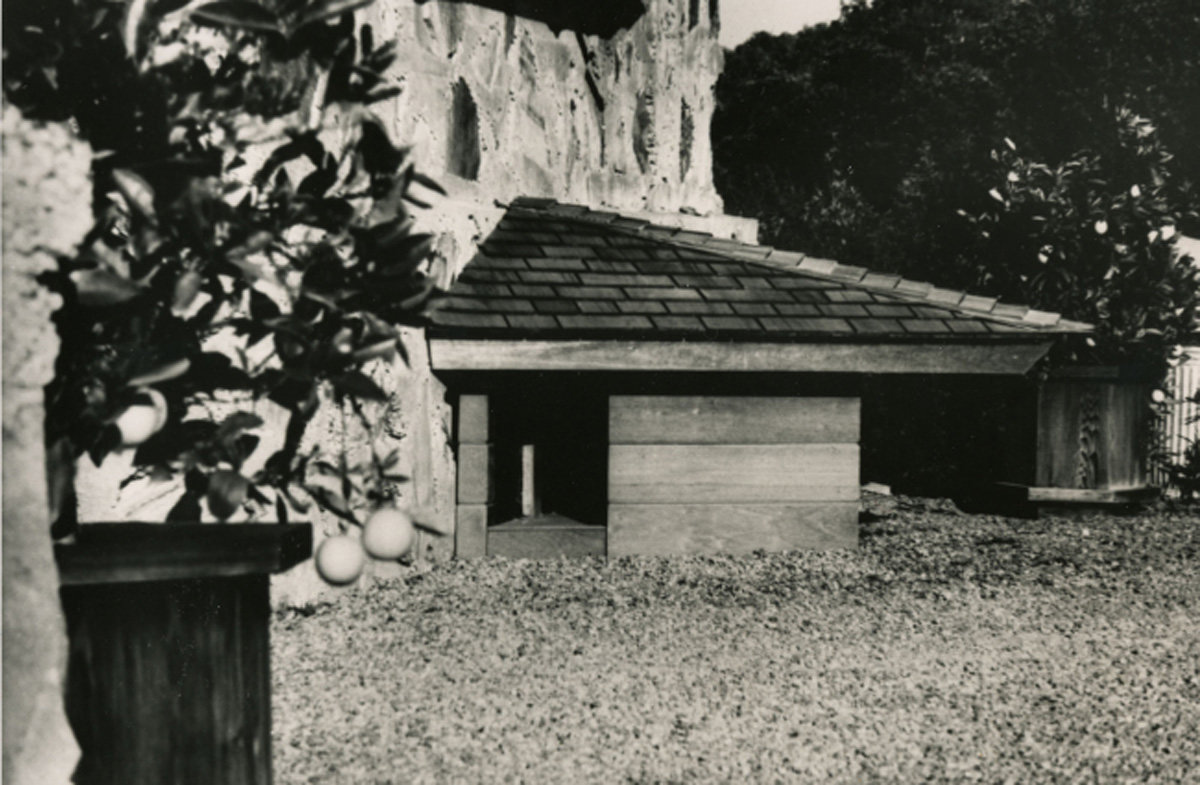 “‘Eddie’s House’ is a doghouse designed gratis by Wright in 1956 to complement a Usonian-style house he built on commission for Robert and Gloria Berger between 1950 and 1951, in the Marin County town of San Anselmo, California,” writes Hyperallergic’s Sarah Rose Sharp. The commission, such as it was, came from the Bergers’ twelve-year-old son Jim. “I would appreciate it if you would design me a doghouse, which would be easy to build, but would go with our house,” he wrote to Wright, specifying Eddie’s dimensions and offering compensation in the form of his paper-route money.

“A house for Eddie is an opportunity,” replied the architect, and the following year — after finishing up the previous project that had delayed him, the Solomon R. Guggenheim Museum — he sent Jim a literal back-of-the-envelope diagram. As explained in the brief video from Marin County’s Youtube channel above, that was standard Wright practice: the architect’s rough drawings were then converted into proper plans by his staff at Taliesin. “I wanted it to be easy,” says the grown-up Berger. “It wasn’t. It was a nightmare, so my dad built it.” And as for Eddie, he never actually slept in it. 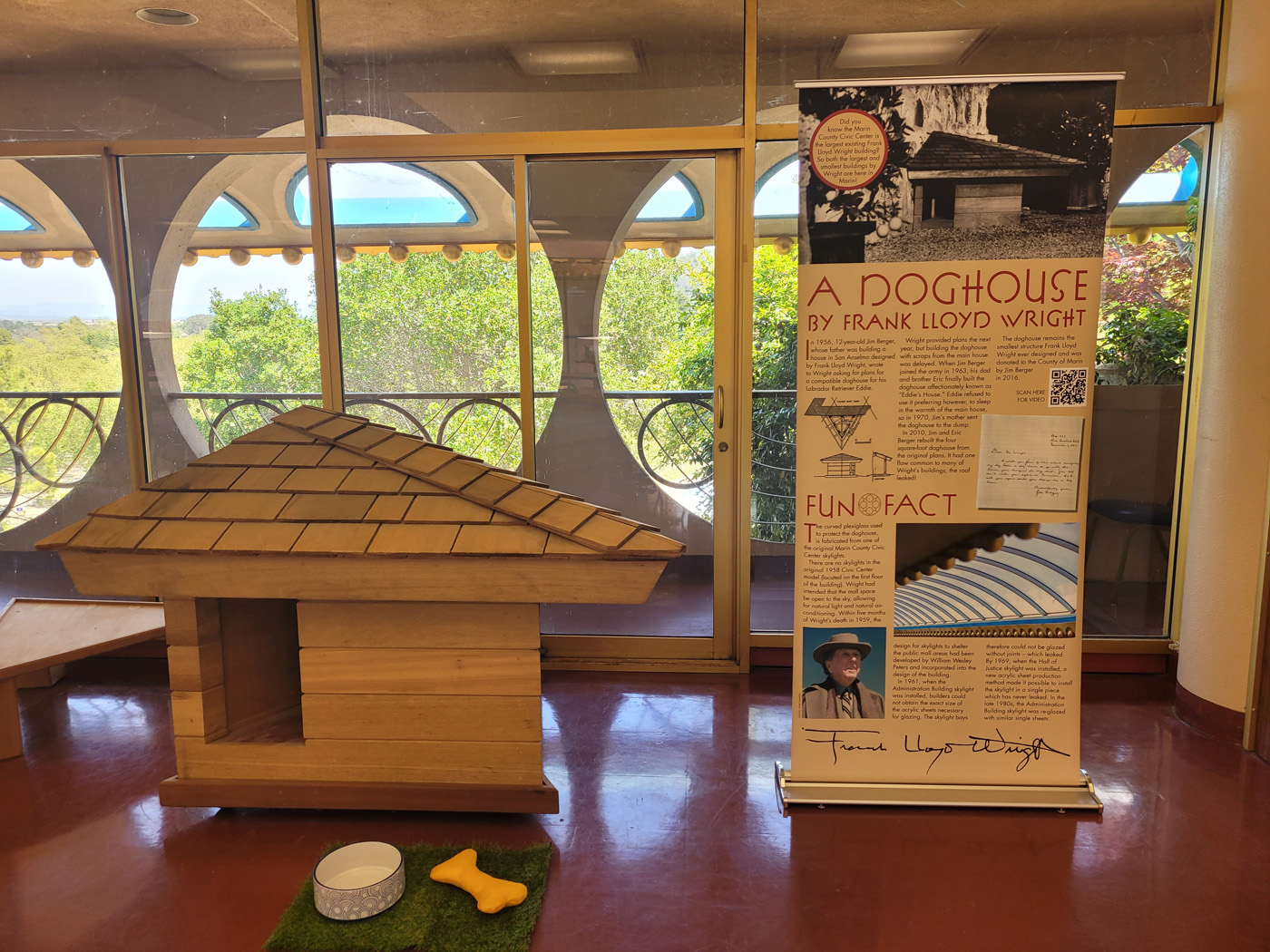 The Bergers’ golden retriever “certainly wouldn’t be the first of Wright’s clients to be disappointed by some of the architect’s shortcomings,” writes Sharp. “Apparently, as with many of Wright’s designs, the roof to Eddie’s House leaked.” Nevertheless, it’s become a beloved addition to the Wright canon since Berger rebuilt it for Michael Miner’s Romanza: A Frank Lloyd Wright Documentary and subsequently donated it to the county. To this day, the replica of Wright’s smallest work remains on display inside his largest one: the Marin Civic Center, a slightly later and much more ambitious building, but one not entirely lacking in family resemblance to Eddie’s House.