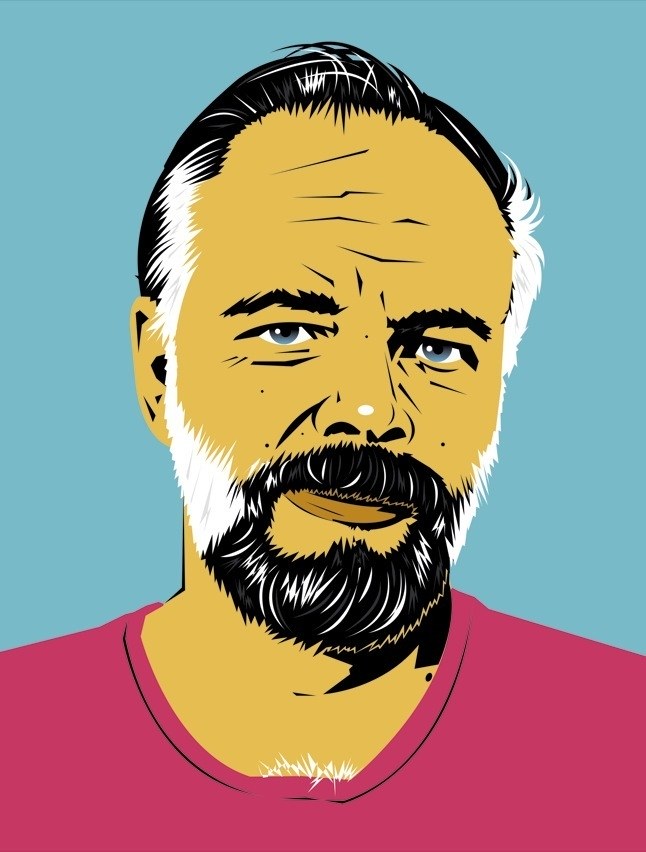 What did Do Androids Dream of Electric Sheep? and A Scanner Darkly author Philip K. Dick, that visionary of our not-too-distant dystopian future, listen to while he crafted his descriptions of grim, psychologically (and sometimes psychedelically) harrowing times ahead? Mozart. Beethoven. Mahler. Wagner.

Yes, while looking textually forward, he listened backward, soundtracking the constant workings of his imagination with classical music, as he had done since his teenage years. As Lejla Kucukalic writes in Philip K. Dick: Canonical Writer of the Digital Age:

After graduating from high school in 1947, Dick moved out of his mother's house and continued working as a clerk at a Berkeley music store, Art Music. "Now," wrote Dick, "my longtime love of music rose to the surface, and I began to study and grasp huge areas of the map of music; by fourteen I could recognize virtually any symphony or opera" ("Self-Portrait" 13). Classical music, from Beethoven to Wagner, not only stayed Dick's lifelong passion, but also found its way into many of his works: Wagner's Goterdammerung in A Maze of Death, Parsifal in Valis, and Mozart's Magic Flute in Do Androids Dream of Electric Sheep?

At his Forteana Blog, author Andrew May credits Dick with, given his pop-cultural status, "a decidedly uncool knowledge of classical music." He cites not just Wagner's Der Ring des Nibelungen in the introduction to A Maze of Death, Beethoven's Missa Solemnis in Ubik, or the part of The Game-Players of Titan where "a teenaged kid forks out 125 dollars for a vintage recording of a Puccini aria," but an entire early story which functions as "(in my opinion) a pure exercise in classical music criticism." In 1953's "The Preserving Machine," as May retells it, an eccentric scientist, "worried that Western civilization is on the point of collapse, invents a machine to preserve musical works for future generations" by encoding it "in the form of living creatures. Unfortunately, as soon as the creatures are released into the environment, they start to adapt to it by evolving into different forms, and the music becomes distorted beyond recognition."

Though no doubt an astute speculator, Dick seems not to have foreseen the fact that our era suffers not from too few means of music storage but, perhaps, too many. None of his visions presented him with, for example, the technology of the Spotify playlist, an example of which you'll find at the bottom of this post. In it, we've assembled for your enjoyment some of Dick's favorite pieces of classical music. The songs come scouted out by Galleycat's Jason Boog, who links to them individually in his own post on Dick, classical music, and May's writing on the intersection of those two cultural forces. Listen through it while reading some of Dick's own work — don't miss our collection of Free PKD — and you'll understand that he cared about not just the anxieties of humanity's future or the great works of its past, but what remains essential throughout the entire human experience. These composers will still appear on our playlists (or whatever technology we'll use) a hundred years from now, and if we still read any sci-fi author a hundred years from now, we'll surely read this one.

The 11 hour playlist (stream below or on the web here) includes Bach's Goldberg Variations, Beethoven's Missa Solemnis and Fidelio, Mozart's The Magic Flute, Wagner's Parsifal, and Mahler's Symphony No. 2 (Resurrection). If you need to download Spotify, grab the software here.

Philip K. Dick Theorizes The Matrix in 1977, Declares That We Live in “A Computer-Programmed Reality”