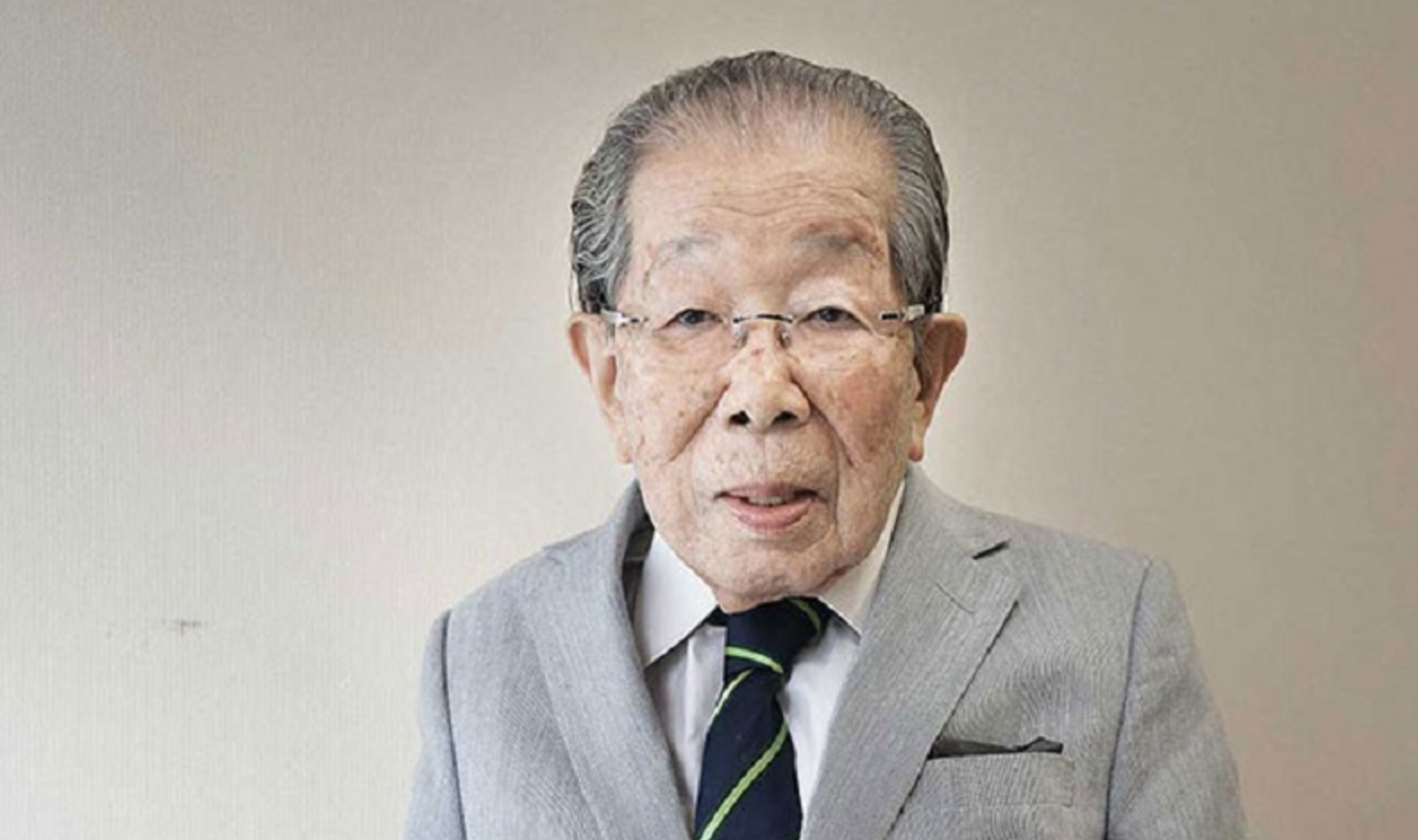 Robert Browning’s poem “Abt Vogler” imagines composer Georg Joseph Vogler as an old man reflecting on his diminishing powers and the likelihood that his life’s work would not survive in the public’s memory.

Let us overlook the fact that Vogler was 65 when he died, or that Browning, who lived to 77, was 52 when he composed the poem.

What’s most striking these days is its significance to longevity expert, physician, and chairman emeritus of St. Luke’s International University, Dr. Shigeaki Hinohara, who passed away last month at the age of 105:

My father used to read it to me. It encourages us to make big art, not small scribbles. It says to try to draw a circle so huge that there is no way we can finish it while we are alive. All we see is an arch; the rest is beyond our vision but it is there in the distance.

Like many centenarians, Dr. Hinohara attributed his longevity to certain practices, backing it up with numerous books on the topic (including Living Long, Living Good).

He touched on some of these beliefs in a 2009 Japan Times interview with Judit Kawaguchi, from which the following pointers are drawn.

As far as Clint Eastwood, Sister Wendy Beckett and Fred Rogers are concerned, Dr. Hinohara was preaching to the choir. Your average Italian great grandmother would be appalled.

For breakfast I drink coffee, a glass of milk and some orange juice with a tablespoon of olive oil in it. Olive oil is great for the arteries and keeps my skin healthy. Lunch is milk and a few cookies, or nothing when I am too busy to eat. I never get hungry because I focus on my work. Dinner is veggies, a bit of fish and rice, and, twice a week, 100 grams of lean meat.

Nor was Dr. Hinohara a sit-around-the-piazza-drinking-limoncello-with-his-cronies kind of guy. For him a vigorously plotted out calendar was synonymous with a vigorous old age:

Always plan ahead. My schedule book is already full … with lectures and my usual hospital work.

...at least when it comes to bedtime and the importance of consuming three square meals a day. Disco naps and bottled water all around!

We all remember how as children, when we were having fun, we often forgot to eat or sleep. I believe that we can keep that attitude as adults, too. It’s best not to tire the body with too many rules such as lunchtime and bedtime.

To Hell with Obscurity!

You may not be able to pull in the same crowds as a man whose career spans founding a world class hospital in the rubble of post WWII Tokyo and treating the victims of the radical Aum Shinrikyo cult’s sarin gas subway attack, but you can still share your ideas with those younger than you. If nothing else, experience will be on your side:

Share what you know. I give 150 lectures a year, some for 100 elementary-school children, others for 4,500 business people. I usually speak for 60 to 90 minutes, standing, to stay strong.

Dr. Hinohara schlepped his own bags and turned his back on such modern conveniences as elevators and escalators:

I take two stairs at a time, to get my muscles moving.

Having Fun Is Better Than Tylenol (Or Bitching About It)

Rather than turning off young friends and relatives with a constant litany of physical complaints, Dr. Hinohara sought to emulate the child who forgets his toothache through the diversion of play. And yes, this was his medical opinion:

Hospitals must cater to the basic need of patients: We all want to have fun. At St. Luke’s we have music and animal therapies, and art classes.

Think Twice Before You Go Under the Knife

Not willing to put all your trust into music therapy working out for you? Consider your age and how a side dish of surgery or radiation might impact your all over enjoyment of life before agreeing to radical procedures. Especially if you are one of those aforementioned sit-around-the-piazza-drinking-limoncello-with-your-cronies type of guys.

When a doctor recommends you take a test or have some surgery, ask whether the doctor would suggest that his or her spouse or children go through such a procedure. Contrary to popular belief, doctors can’t cure everyone. So why cause unnecessary pain with surgery?

Best selling author and professional organizer, Marie Kondo, would approve of her countryman’s views on “stuff”:

Remember: You don’t know when your number is up, and you can’t take it with you to the next place.

Pick a Role Model You Can Be Worthy Of

It need not be someone famous. Dr. Hinohara revered his dad, who introduced him to his favorite poem and traveled halfway across the world to enroll at Duke University as a young man.

Later I found a few more life guides, and when I am stuck, I ask myself how they would deal with the problem.

The good doctor didn’t recommend this course of action in so many words, but you could do worse than to follow his example. Pick a long one. Reread it frequently. For added neurological oomph, memorize a few lines every day. Bedazzle people half your age with an off-book recitation at your next family gathering. (It’ll distract you from all that turkey and stuffing.)