The London Time Machine: Interactive Map Lets You Compare Modern London, to the London Shortly After the Great Fire of 1666 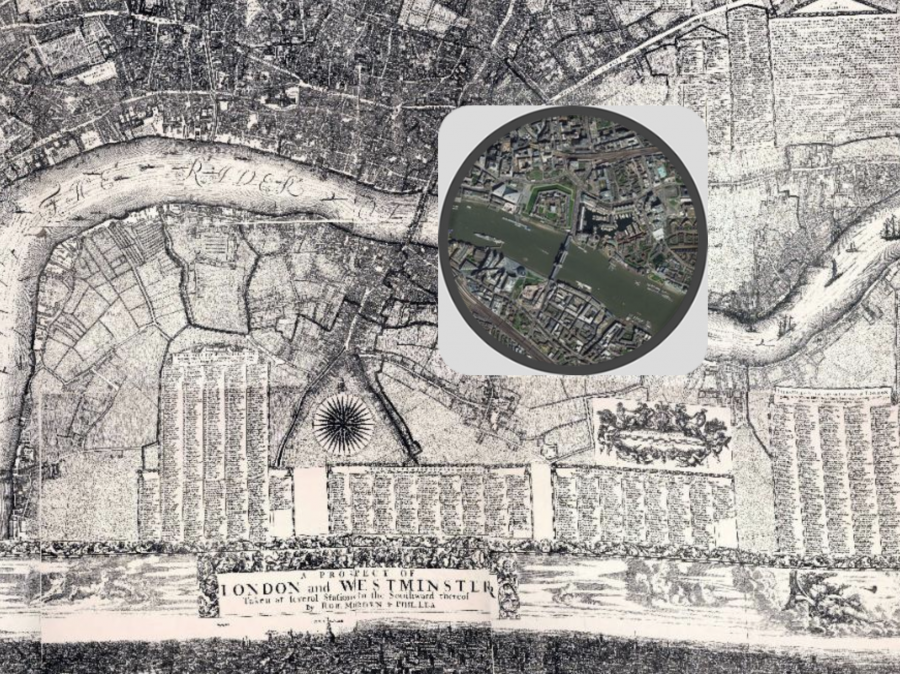 From ESRI, the maker of geographic software, comes the London Time Machine, an interactive map that lets you see how London has changed over the past 330+ years, moving from a city left in ruins by the Great Fire of 1666, to the sprawling metropolis that it is today. Here's how ESRI describes the map:

On Sunday the 2nd of September 1666, the Great Fire of London began reducing most of the capital to ashes. Among the devastation and the losses were many maps of the city itself.

The Morgan Map of 1682 was the first to show the whole of the City of London after the fire. Produced by William Morgan and his dedicated team of Surveyors and Cartographers it took 6 years to produce, and displayed a brighter perspective on city life for a population still mourning their loved ones, possessions, and homes.

But how much of this symbolised vision of a hoped-for ideal city remains today? What now lies on the lush green fields to the south of the river Thames? And how have the river's banks been eaten into by the insatiable appetite of urban development? Move the spyglass to find out, and remember to zoom-in to fully interrogate finer details!