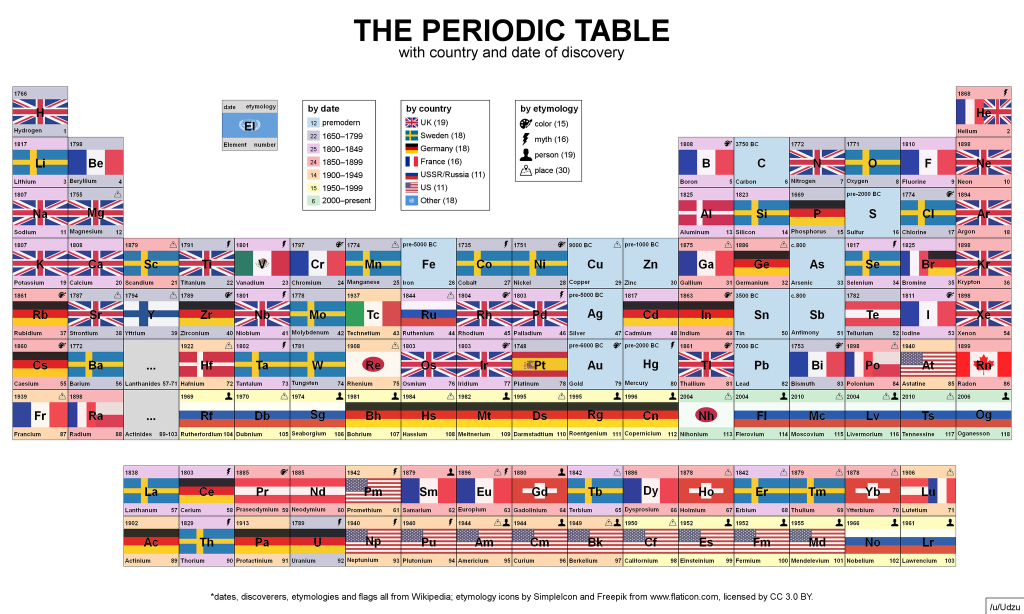 On the "Data is Beautiful" subreddit, a user named Udzu posted a visualisation of the Periodic Table of Elements that highlights the year and country in which each element was discovered. You can view it in a larger format here. Elaborating on how the graphic was made, he adds (his words, not mine, follow):

Ranked in order, the UK could lay claim to 19 elements, Sweden and Germany to 18 each, France to 16, and Russia and the United States to 11 each.

Periodic Table Battleship!: A Fun Way To Learn the Elements

“The Periodic Table Table” — All The Elements in Hand-Carved Wood