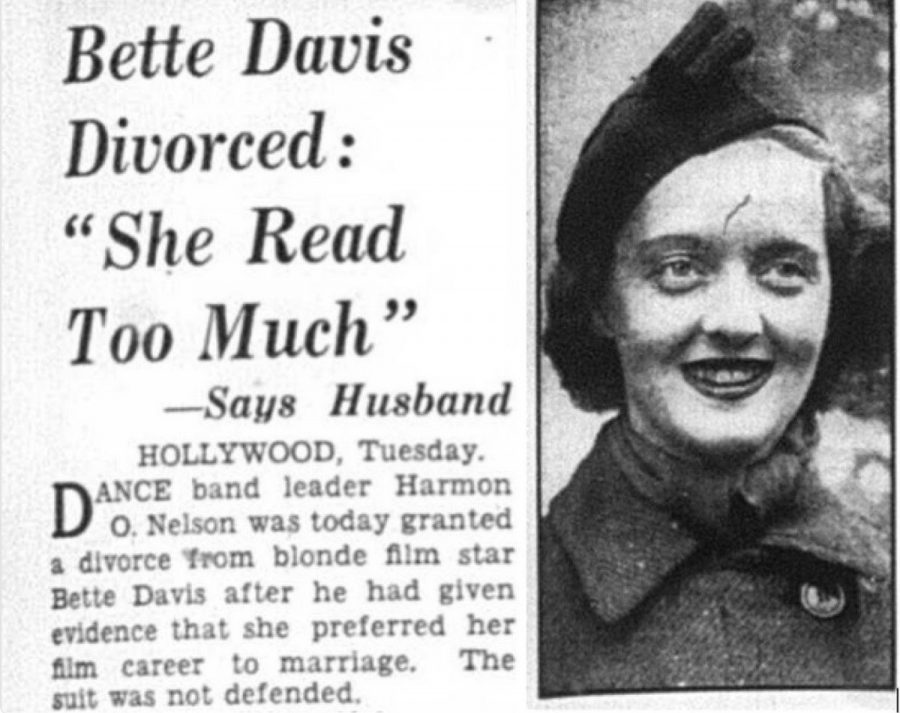 On December 7, 1938, The New York Times reported on the dissolution of Bette Davis' marriage with Harmon “Oscar” Nelson. The stated reason for the divorce? The actress read too much. The report goes on to say: Harmon "usually just sat there while his wife read 'to an unnecessary degree." "She thought her work was more important than her marriage." "She even insisted on reading books or manuscripts when [Harmon] had guests. It was all very upsetting."

Davis later discussed the emotional gulf that had separated the husband and wife. She also addressed an affair with business magnate Howard Hughes--something that apparently got mentioned in the divorce proceedings but not the pages of The New York Times itself. 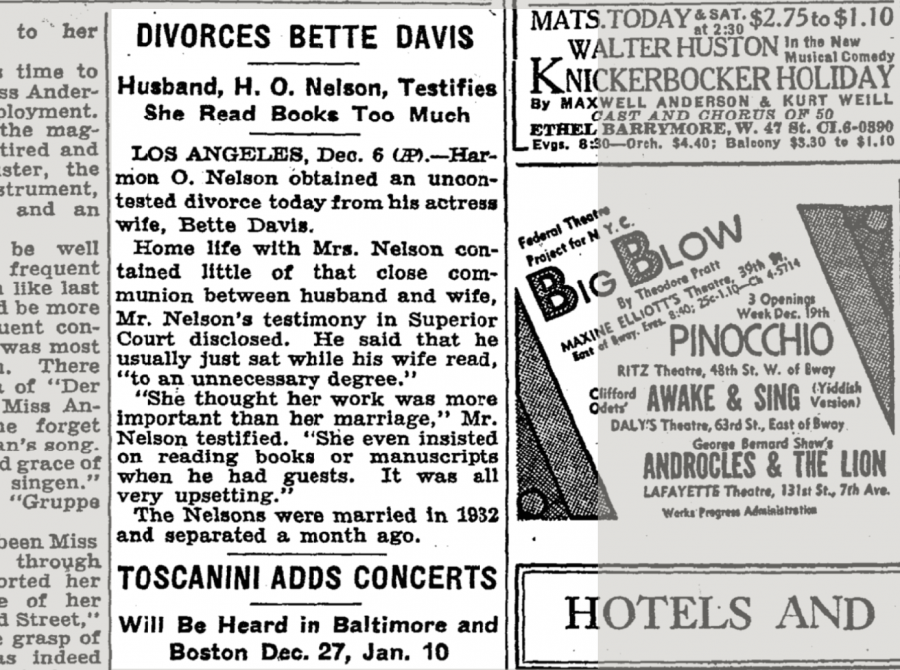