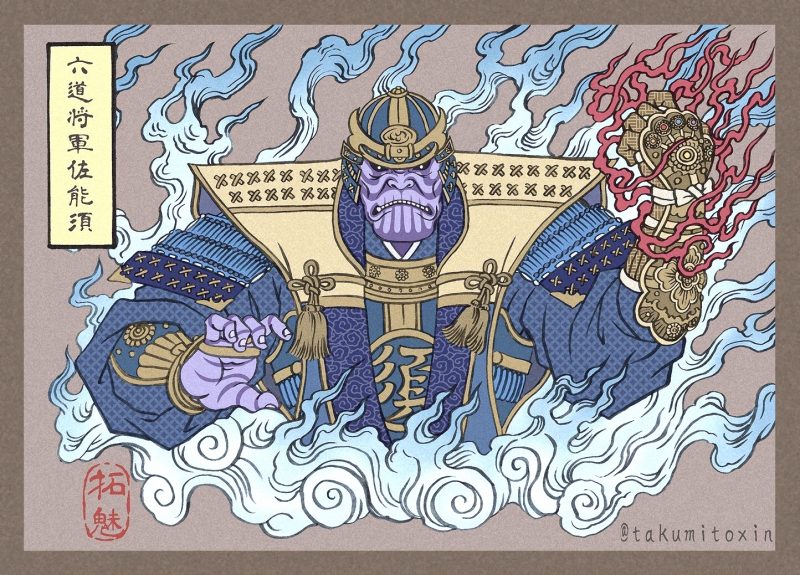 Wherever in the world you live, you've heard of Avengers: Endgame, and may well have seen it already — or, depending on your enthusiasm for superheroes, may well have seen it more than a few times. It comes, as fans need not be reminded, as the culmination of a 22-film series in the Marvel Cinematic Universe that began with 2008's Iron Man. The $356 million picture (which has already earned, as of this writing, more than $1.2 billion) uses, of course, only the latest and most high-tech visual effects, and a great deal of them, which does get one wondering: how would these superheroic (and supervillianous) characters, all of them larger than life, come through a transplantation to another art form, from an entirely different culture, and a much less overtly spectacular one at that? 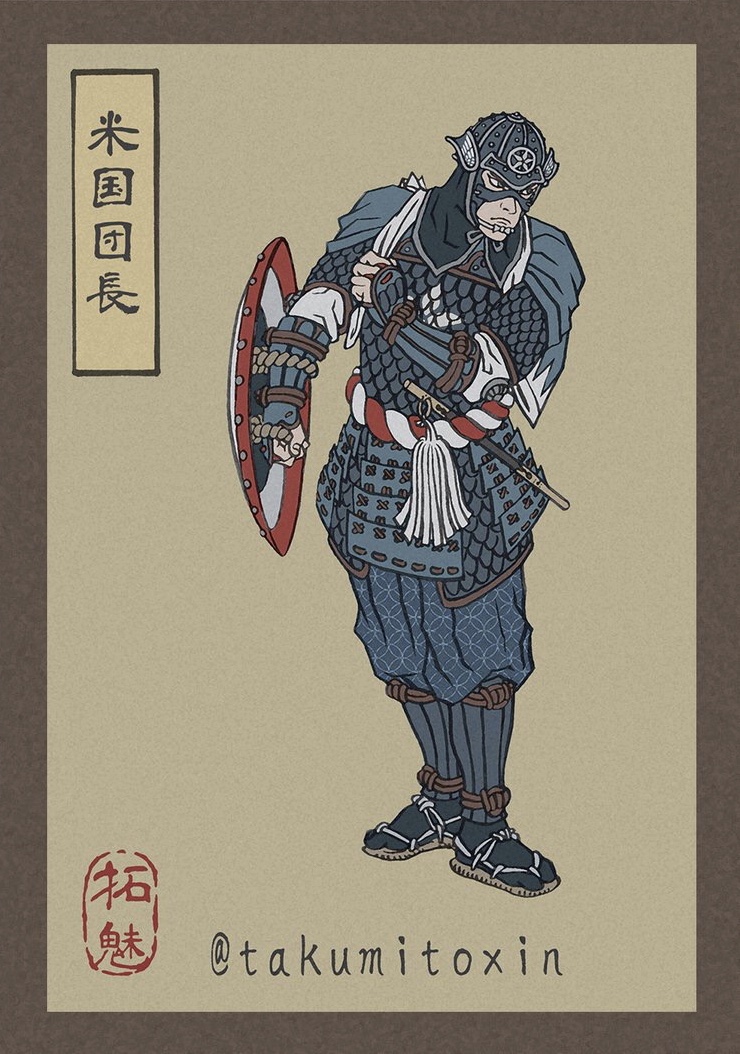 A Japanese illustrator who goes by the name Takumi has taken on that challenge. "To commemorate the film’s release, the artist has created a series of illustrations that render characters from the film in Ukiyo-e style," writes Spoon & Tamago's Johnny Waldman.

Takumi's task of translating these American-made characters to that Japanese woodblock print form (which does have a history of portraying actors) included "a lot of time thinking about the unique patterns and kanji names for each character. Thor is pronounced tooru in Japanese, so he assigned the Japanese equivalent, which is 徹(とおる). Thanos’ 6 infinity stones served as the inspiration behind that name, which references the 6 realms of Buddhism." And all of the Avengers characters Takumi has rendered in this fashion wear costumes with "traditional Japanese designs and each references certain traits of the characters." 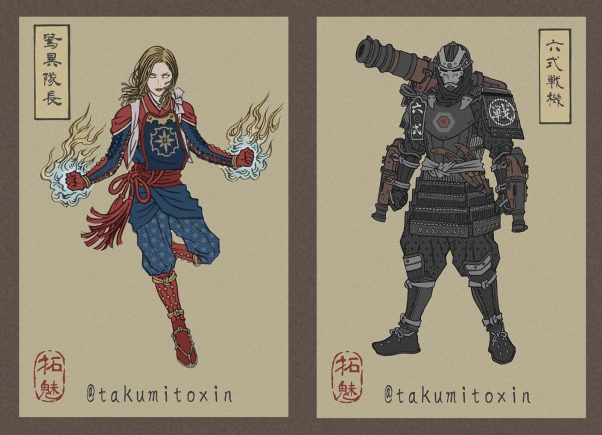 Captain America’s pants, for instance, "use the shippo (七宝) pattern of layered circles, which references the shape of his shield. Thor’s pattern is pretty straightforward: the traditional cloud (雲) pattern. Iron Man uses the complex bishamon kikko (毘沙門亀甲) pattern, which mimics the look of a circuit board." 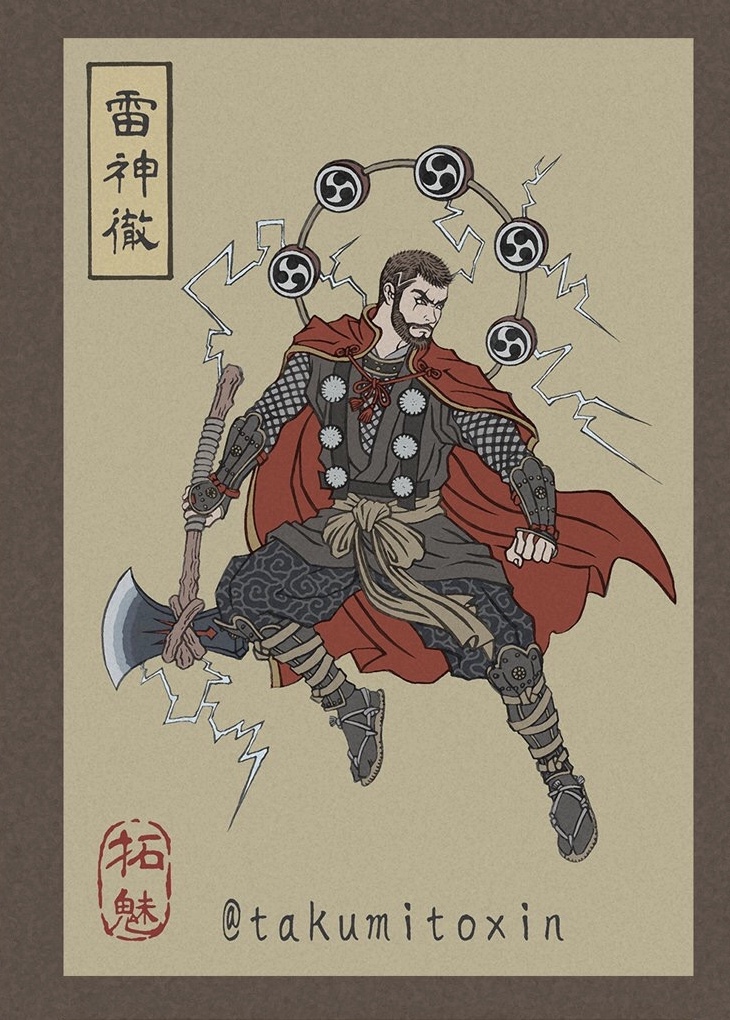 Takumi previously made a splash by creating "Ghibli Land," a hypothetical version of Disney Land themed entirely around the animated films of Studio Ghibli. (The idea turns out to be less hypothetical than it once sounded: Studio Ghibli, as we've previously featured here on Open Culture, plans to open its own theme park in 2022.) Just as the staggering success of the Marvel Cinematic Universe movies proves the popular viability of the kind of superhero stories assumed not so long ago to be the domain of obsessive fans alone, Takumi's ukiyo-e Avengers cast, all of which you can see at Spoon & Tamago, shows how versatile this traditional art form remains. 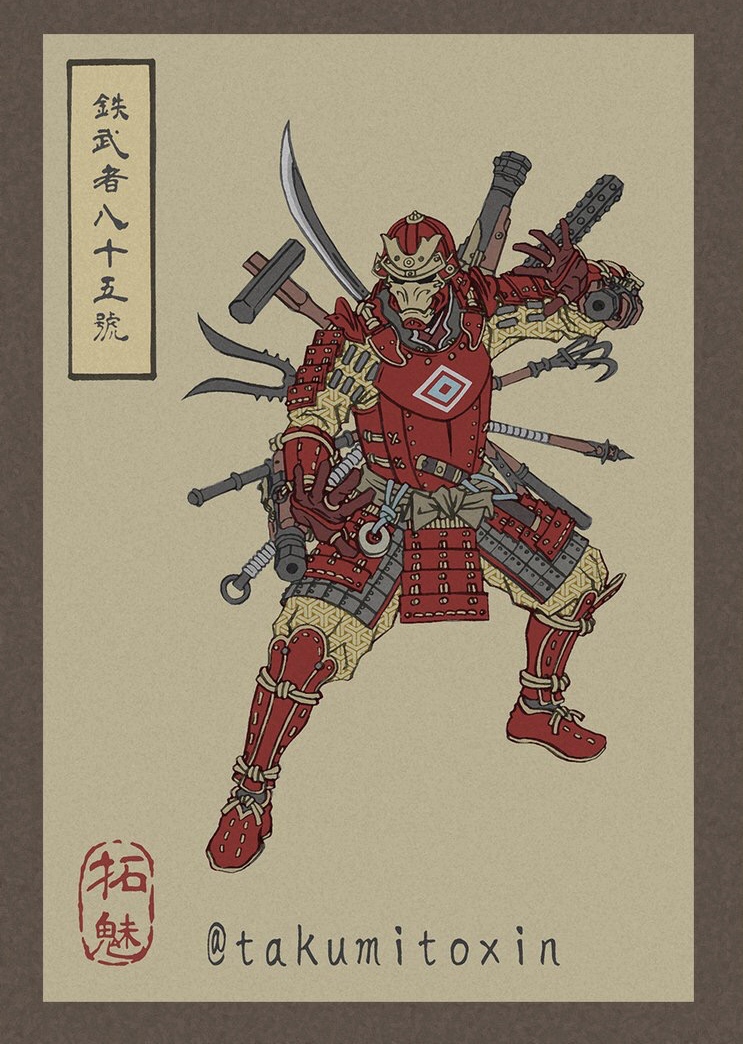 The 1982 DC Comics Style Guide Is Online: A Blueprint for Superman, Batman & Your Other Favorite Superheroes

R.I.P. Stan Lee: Take His Free Online Course “The Rise of Superheroes and Their Impact On Pop Culture”

Colin Marshall hosts and produces Notebook on Cities and Cultureand writes essays on cities, language, Asia, and men’s style. He’s at work on a book about Los Angeles, A Los Angeles Primer. Follow him on Twitter at @colinmarshall or on Facebook.