A New Interactive Visualization of the 165,000 Most-Frequently Assigned Texts in College Courses 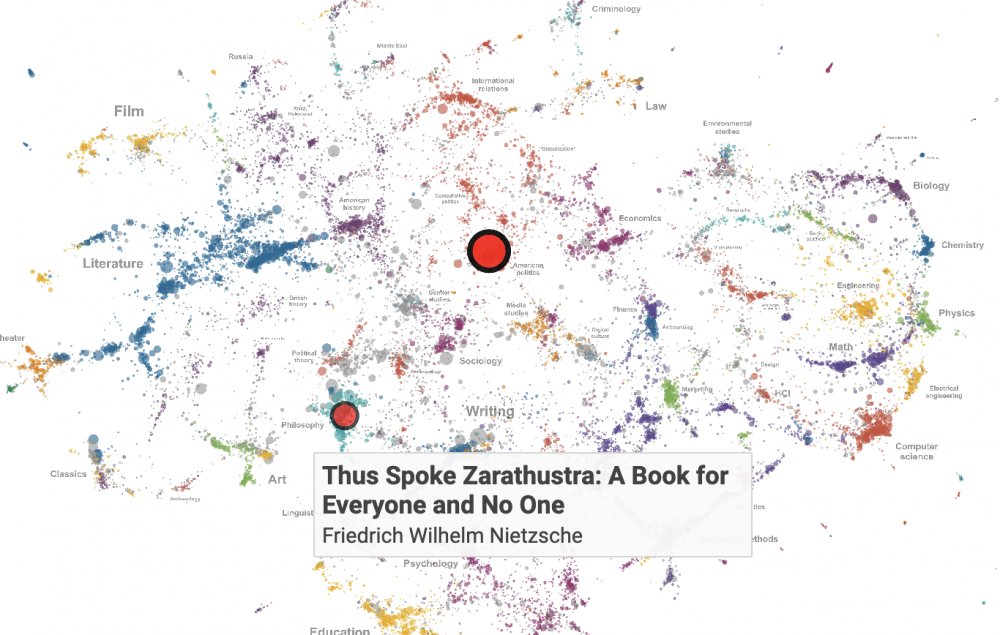 “Do they still read the classics down at old Alma Mater U.?”

Maybe that’s the problem, eh? Too much Marxist theory, not enough Plato? Well, you may be pleased, or not, to learn that classics still regularly—routinely, even—appear on college syllabi, including both The Republic and the Communist Manifesto, in courses taught all over the world, from San Antonio to Tokyo to Karlskrona, Sweden.

As we informed Open Culture readers in 2016, Columbia University’s Open Syllabus Project culled data from over 1,000,000 syllabi from university websites worldwide, to find out which books have been most frequently taught over the past decade or so. Since then, that number has risen to 6,000,000 syllabi. Still, the most-taught books at the top of the list remain largely unchanged. 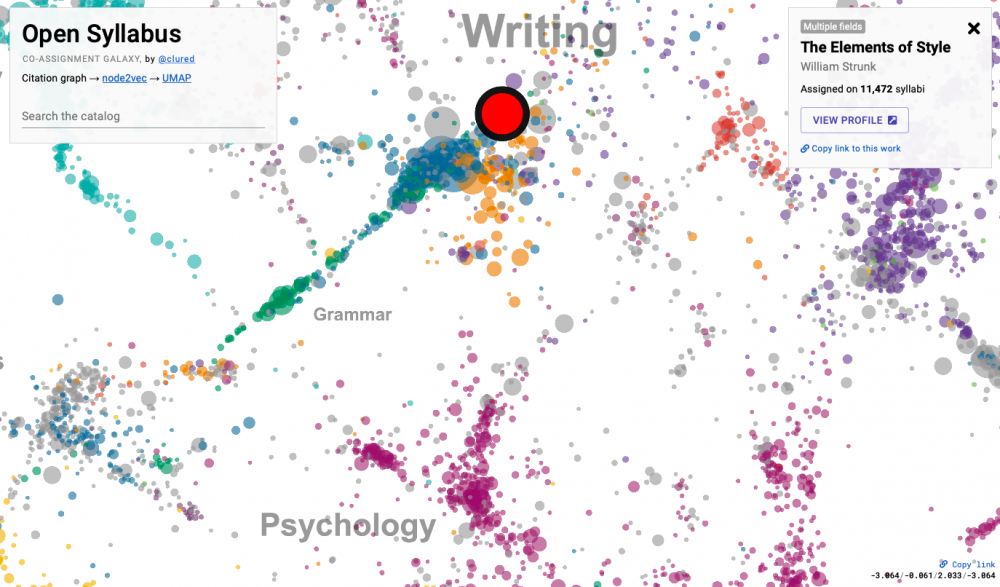 As two of the project’s directors pointed out soon after the site’s launch, “traditional Western canon dominates the top 100, with Plato’s Republic at No. 2, The Communist Manifesto at No. 3, and Frankenstein at No. 5, followed by Aristotle’s Ethics, Hobbes’s Leviathan, Machiavelli’s The Prince, [Sophocles’] Oedipus and [Shakespeare’s] Hamlet.” These numbers have moved a little, edged downward by writing and research guides, but not by very much.

The top 50 is almost totally dominated by male writers, though some of the most frequently-taught novelists include Jane Austen, Toni Morrison, Anne Moody, Leslie Marmon Silko, and Alice Walker. The most-taught books tend to fall into either philosophy, literature, textbook, or guidebook, but the overall range in this list of 165,000 texts encompasses the entire scope of academia around the globe, with more contemporary study areas like gender studies, media studies, digital culture, and environmental studies prominent alongside traditional departments like physics and psychology. 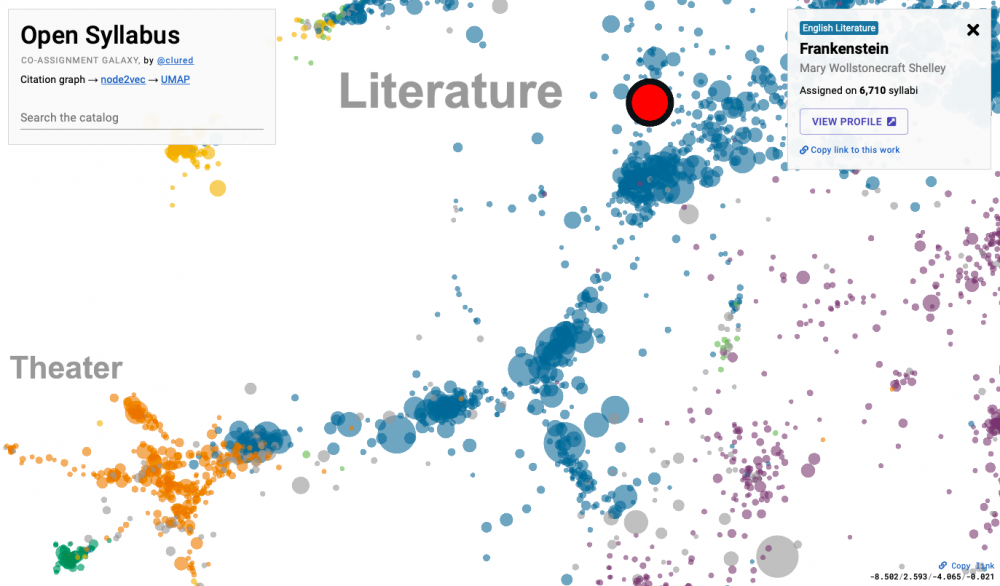 A new interactive visualization from Open Syllabus turns this trove of data into a color-coded stippling of different-sized dots, each one representing a particular text. Float over each dot and a box appears in the corner of the screen, showing the number of syllabi that have assigned the text, and a link to a profile page with more detailed analysis. Called the “Co-Assignment Galaxy,” the infographic does what a list cannot: draws connections between all these works and their respective fields of study.

The Open Syllabus Project was already an impressive achievement, a huge aggregation of freely accessible data for scholars and curious laypeople alike. The addition of this user-friendly cluster map makes the site an even more indispensable resource for the study of how higher education has changed over the past decade or so, and how it has, in some respects, remained the same. Enter the Open Syllabus Project's Co-Assignment Galaxy map here.

The Open Syllabus Project Gathers 1,000,000 Syllabi from Universities & Reveals the 100 Most Frequently-Taught Books

How to Read Many More Books in a Year: Watch a Short Documentary Featuring Some of the World’s Most Beautiful Bookstores