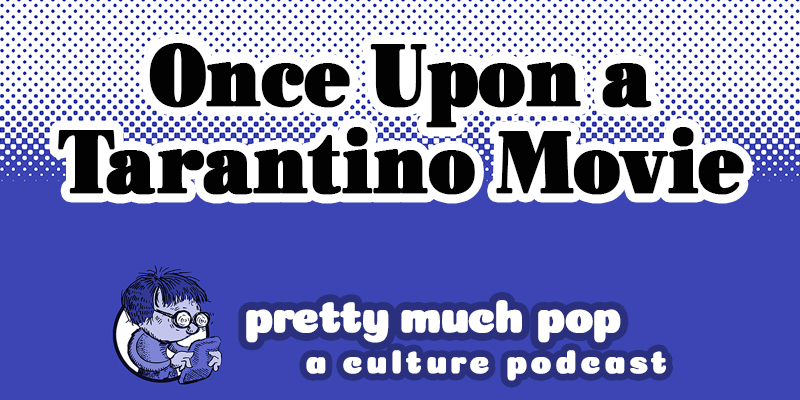 Wes Alwan, who co-hosts The Partially Examined Life philosophy podcast with PMP host Mark Linsenmayer, joins the discussion along with PMP co-hosts Erica Spyres and Brian Hirt to discuss Quentin Tarantino’s Once Upon a Time… In Hollywood in the context of Tarantino’s other films.

Wes thinks the film is brilliant, even though he’s not otherwise a Tarantino fan. How is this film different? We consider T’s strange sense of pacing, his comic violence, his historical revisionism, and casting choices. Is this a brilliant film or a fundamentally misguided idea badly in need of an editor?

Some articles we drew on:

Wes is working on a very long essay on this film that isn't yet complete, but he’s written plenty of other long essays about the media and has recorded several episodes of his own PEL spin-off show, (sub)Text: Get it all here.