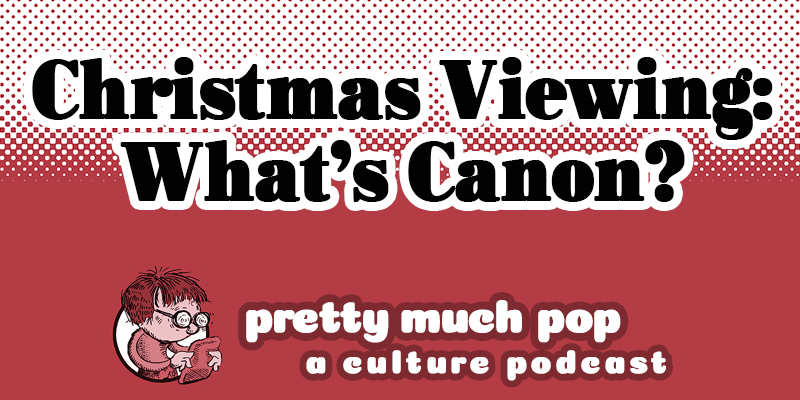 Join Mark Linsenmayer, Erica Spyres, and Brian Hirt for a special "snake draft," where we take turns picking the holiday films and TV specials that we think are (or should be) part of America's yearly viewing traditions.

Were I to list all the shows and films we mention, that would give away our picks now, wouldn't it? Compare your intuitions about what is classic or seminal or over-rated with ours!

Here are some articles with most of the likely suspects to get you warmed up:

We did NOT beforehand actually look at IMDB's Top 25 Christmas Movies or their Greatest Christmas Specials list, but YOU certainly can. Neither did we look this ranking of the various versions of A Christmas Carol by Dave Trumbore. While we're at it, here are times where TV shows ripped off It's a Wonderful Life.

Other references and information:

When does A Christmas Story take place? 1940; read trivia about that film. The Dare Daniel podcast has a brutal take-down of the little-seen 2012 sequel  that serves as a great substitute for actually viewing that pile of garbage.

You can watch the quick version of the very funny Rifftrax running commentary on the Star Wars Holiday Special on YouTube or buy the whole thing. Did George Lucas really want to smash all copies of it as Mark said?

Brian refers to this article, "Diagnosing the Home Alone Burglars' Injuries: A Professional Weighs In" by Lauren Hansen.

It's actually the Thanksgiving Charlie Brown special that has been blasted as racist, not the Xmas one. Here's an article about the history of Franklin being included in the strip.

Whenever discussing or watching It's a Wonderful Life, I can't help but think of the Saturday Night Live "lost ending" to the film.