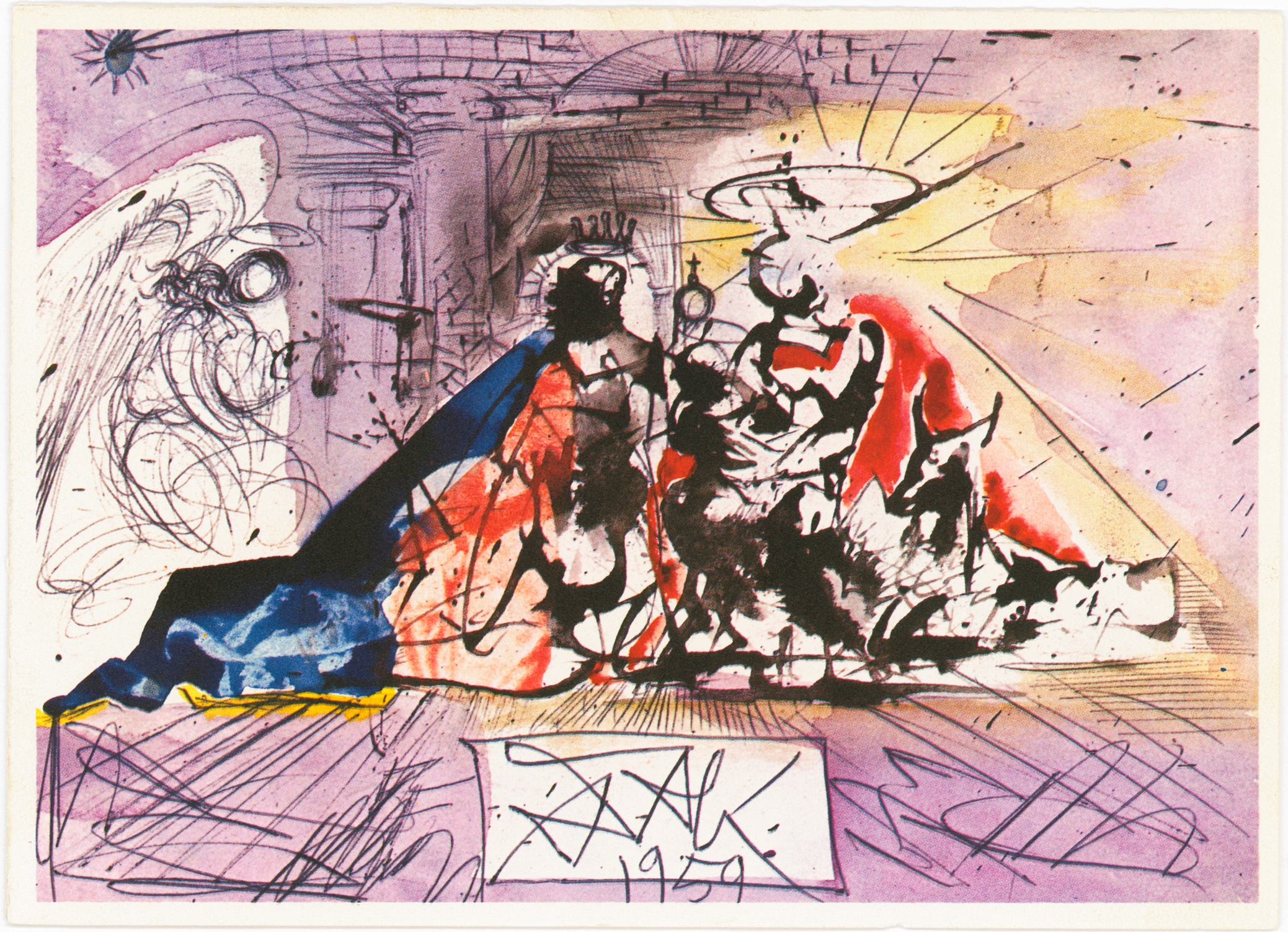 The nature of marketing in the nearly-over 2010s, with all its unexpected brand crossovers and collaborations, gave rise to many strange commercial bedfellows. But for sheer artistic shock value, did any of them surpass Christmas of 1960, when Salvador Dalí designed holiday greeting cards for Hallmark? It was the rare intersection of the kind of company that has built an empire on broadly appealing, inoffensive expressions of love and festivity and an artist who once said, "I don't do drugs. I am drugs." 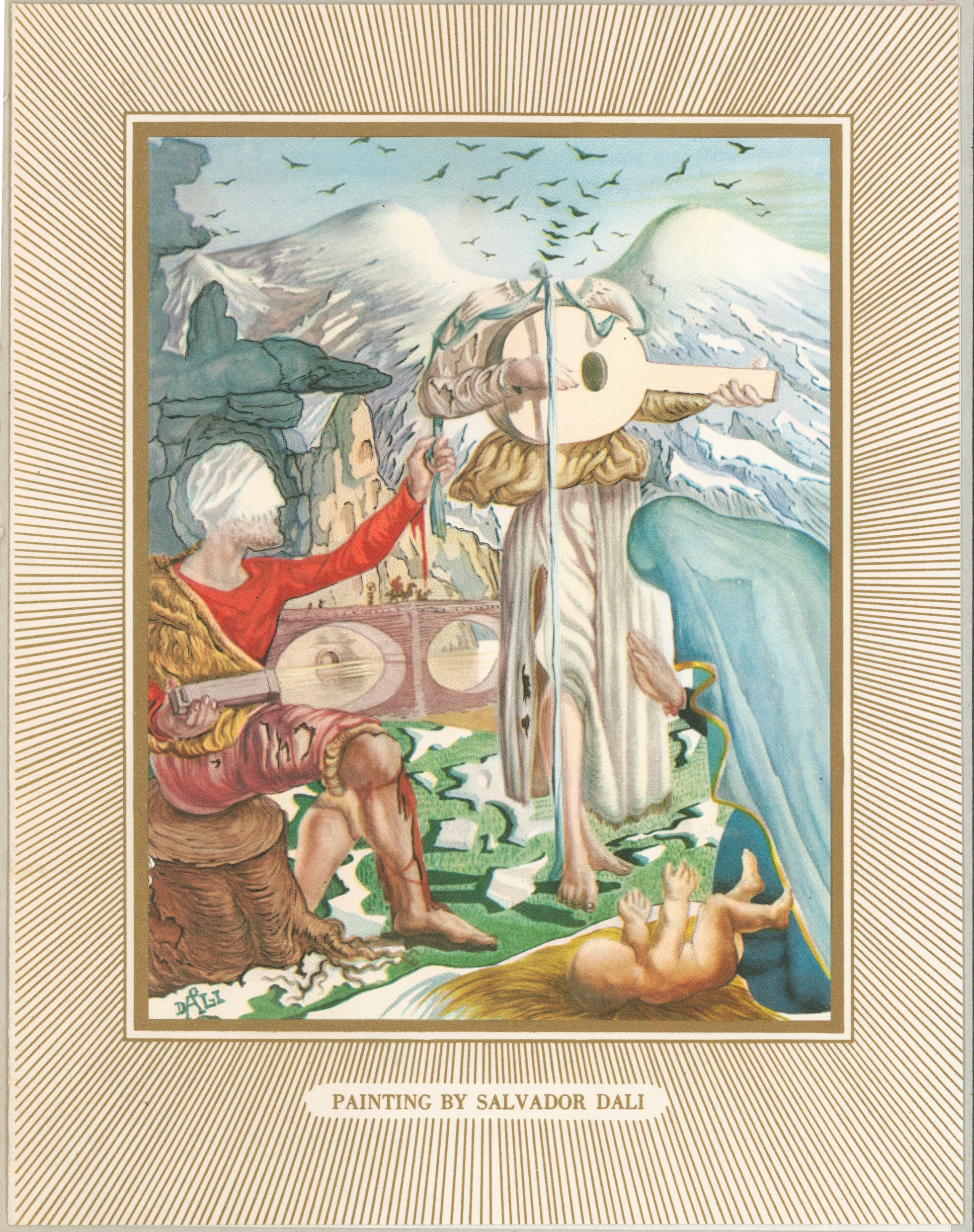 "Hallmark began reproducing the paintings and designs of contemporary artists on its Christmas cards in the late 1940s, an initiative that was led by company founder Joyce Clyde Hall," writes the Washington Post's Ana Swanson.

"The art of Pablo Picasso, Paul Cezanne, Paul Gauguin, Vincent Van Gogh and Georgia O’Keeffe all took a turn on Hallmark’s Christmas cards." And so, Swanson quotes Hall as writing in his autobiography, "through the ‘unsophisticated art’ of greeting cards, the world’s greatest masters were shown to millions of people who might otherwise not have been exposed to them." 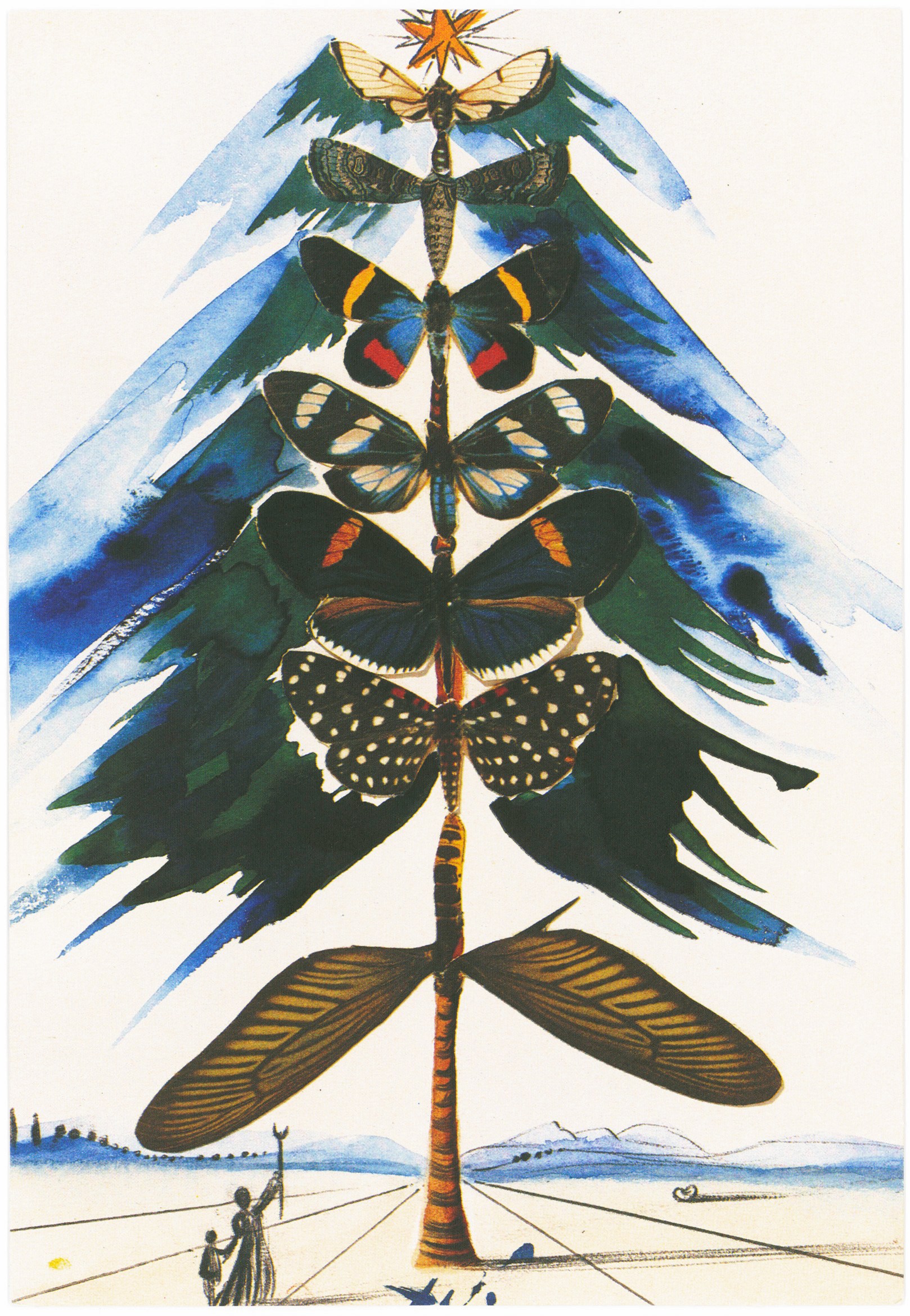 Hallmark signed Dalí on in 1959. The painter of The Persistence of Memory and Crucifixion (Corpus Hypercubus) asked the greeting-card giant for "$15,000 in cash in advance for 10 greeting card designs, with no suggestions from Hallmark for the subject or medium, no deadline and no royalties." The designs Dalí came up with included "Surrealist renditions of the Christmas tree and the Holy Family," as well as some "vaguely unsettling" images, such as a headless angel playing a lute and the three wise men atop some insane-looking camels. Ultimately, Hallmark only produced two of the Dalí cards, a nativity scene and a depiction of the Madonna and Child. Alas, even those relatively tame images didn't go over well. 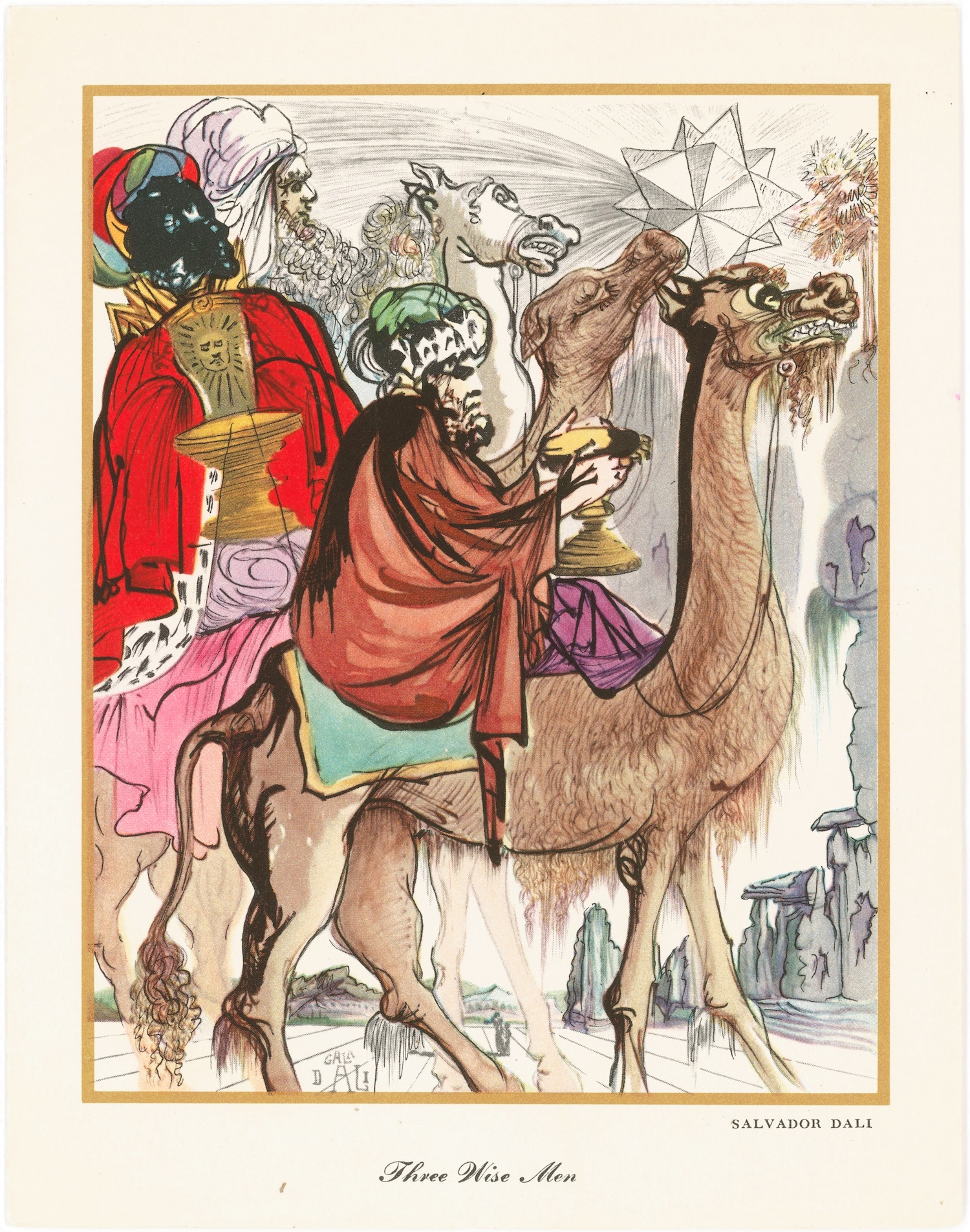 Dalí's "take on Christmas," as Patrick Regan writes in Hallmark: A Century of Caring, was "a bit too avant garde for the average greeting card buyer," and the negative public response soon convinced Hallmark to drop Dalí's cards from their product line — thus ensuring their future as sought-after collector's items. As inauspicious as the marriage of Dalí and Hallmark might seem, the artist did possess a commercial sense more in line with Joyce Clyde Hall's than not: in his lifetime Dalí created a range of products ranging from prints to books (including a cookbook) to tarot decks, and even appeared in television commercials. Not all of his ventures were successful, but as with his Hallmark Christmas cards — about which you can learn more at the site of Spanish language and literature professor Rebecca M. Bender — sometimes the failures are more memorable than the successes.

The images above come courtesy of the Hallmark Archives.