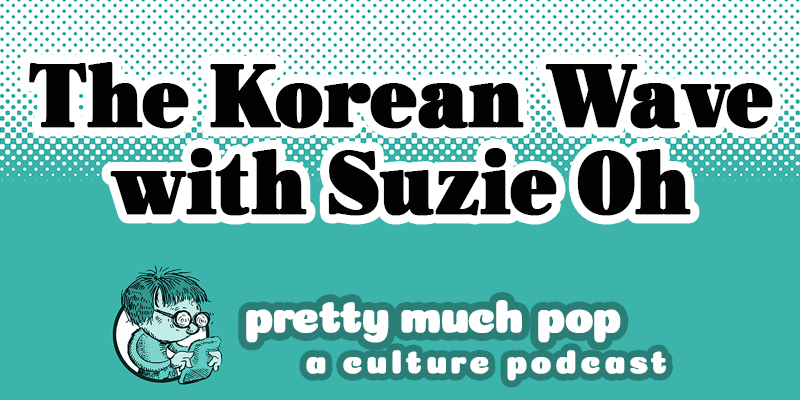 We're seeing a lot of Korean media in American popular culture nowadays, what with Parasite winning the Oscar for best picture and K-Pop and K-Dramas finding an increasing American cult following. This is not an accident: The Korean government has as an explicit goal the growth of "soft power" through exported cultural products. This Korean Wave (Hallyu) was aimed foremost at Asia but has reached us as well. Suzie Hyun-jung Oh joins your hosts Mark Linsenmayer, Erica Spyres, and Brian Hirt to explore the context for this spread and figure out what exactly feels foreign to American audiences about Korean media.

This is our first attempt to get at the zeitgeist of another culture to better understand its media, and the primary focus of our immersion (the part of the wave that's not aimed at teens) was film: In addition to the work of Bong Joon-ho, we touch on The Handmaiden, A Train to Busan, The Burning, A Taxi Driver, Lucid Dreaming, Among the Gods, and others.

We also talk a little about Korean teen cultural products, family life and religion in Korea, the aesthetic of cuteness, M*A*S*H, and whether Americans will read subtitles.

Some articles and other resources that helped us: