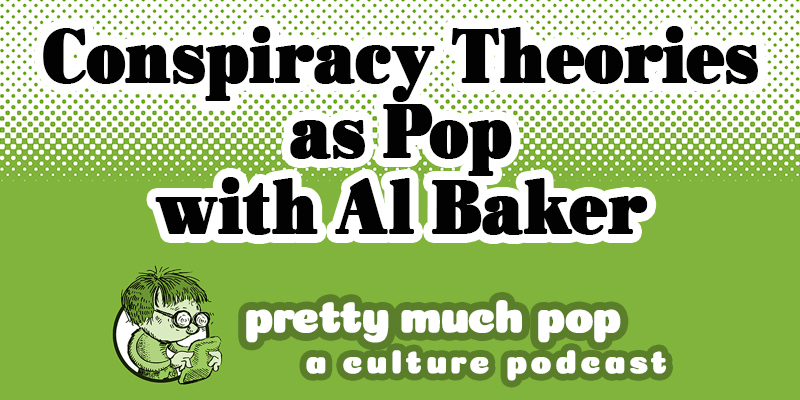 Ex-philosopher Al Baker works at the UK-based Logically, a company that fights misinformation.

He joins your hosts Mark Linsenmayer, Erica Spyres, and Brian Hirt to try to answer such questions as: What's the appeal of conspiracy theories? How similar is being consumed them to being a die-hard fan of some pop culture property? What's the relation between pernicious conspiracy theories and fun speculation (like, maybe Elvis is alive)? Is there a harmless way to engage in conspiracy theorizing as a hobby? Is something still a conspiracy theory in the pejorative sense if it turns out to be true?

We touch on echo chambers, the role of irony and humor in spreading these theories, how both opponents and proponents claim to be skeptics, Dan Brown Novels, Tom Hanks, the Mel Gibson film Conspiracy Theory, and documentaries like Behind the Curve (about Flat Earthers) and The Family.

For expert opinions on the psychology of conspiracy theories, try The Conversation's Antill Podcast, which had a whole series on this topic. For even more podcast action, try FiveThirtyEight, BBC's The Why Factor podcast, Skeptoid, and The Infinite Monkey Cage.

Here are some more articles:

If you enjoy this, try Pretty Much Pop #14 on UFOs. The Partially Examined Life episodes referred to in this discussion are #96 on Oppenheimer and the Rhetoric of Science Advisers and #82 on Karl Popper.