All the Rivers & Streams in the U.S. Shown in Rainbow Colors: A Data Visualization to Behold 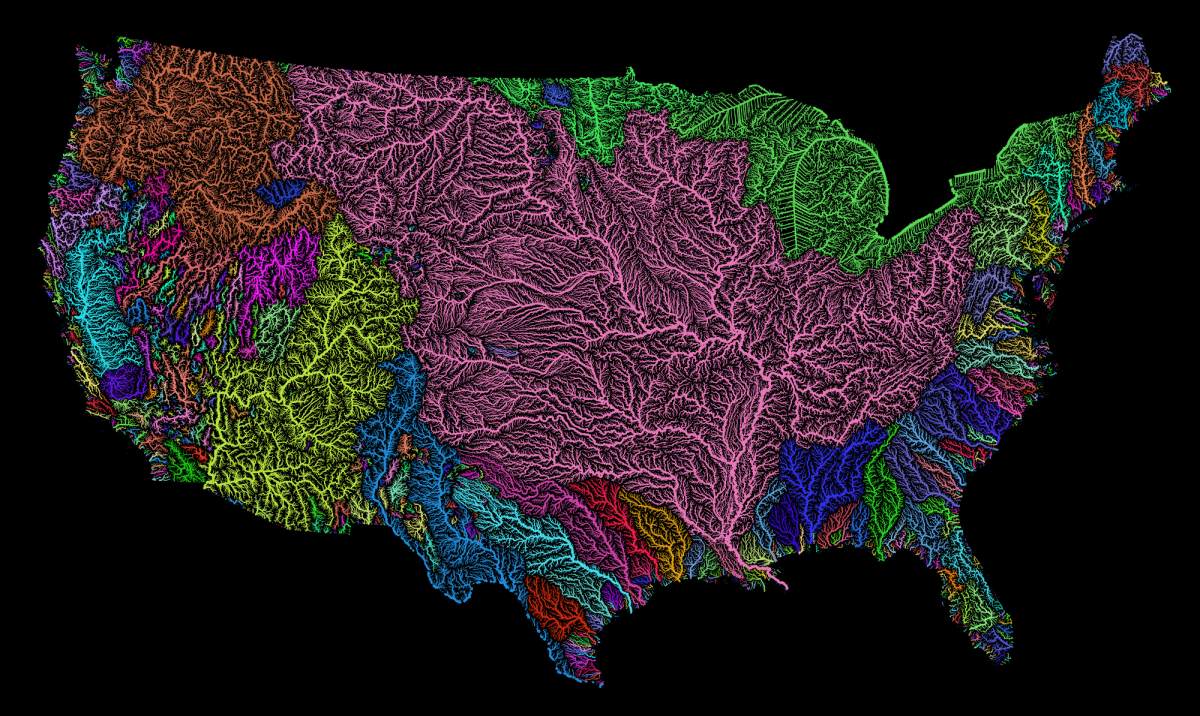 This is a sight for sore eyes. Created by Hungarian geographer and map-designer Robert Szucs, using open-source QGIS software, the high resolution map above shows:

all the permanent and temporary streams and rivers of the contiguous 48 states in beautiful rainbow colours, divided into catchment areas. It shows Strahler Stream Order Classification. The higher the stream order, the thicker the line.

When you look at the map, you'll see, as The Washington Post observes, "Every river in a color drains to the same river, which then drains into the ocean. The giant basin in the middle of the country is the Mississippi River basin. Major rivers like the Ohio and the Missouri drain into the behemoth." Pretty impressive.

The map was apparently made using data from the European Environment Agency and the Rivers Network System.

You can find the map on Imgur, or purchase "ultra high" resolution copies through Etsy for $8.

Szucs has als0 produced data visualizations of the river systems in China, India, Europe and other parts of the world. 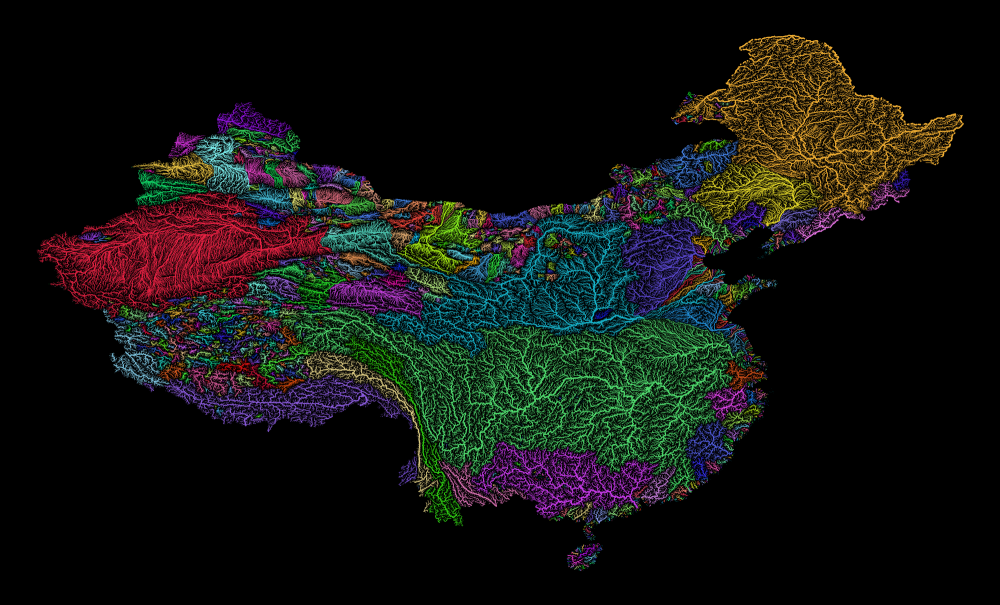