Literary Theorist Stanley Fish Offers a Free Course on Rhetoric, or the Power of Arguments 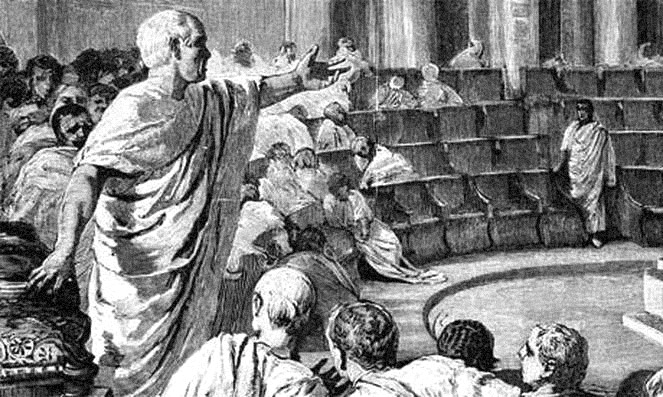 Stanley Fish, the well-known literary theorist and legal scholar, now has a short online course called "Rhetoric and Reality" that's being offered through AIA Academy. The course (which requires a username and password) covers the following ground:

Arguments are woven throughout our public and private lives. What determines which win the day? Renowned literary and legal theorist Stanley Fish leads us through literature, politics and the domestic to reveal the power - and inevitability - of rhetoric.

From the courtroom to the bedroom, arguments are woven throughout our private and public lives: they are how we decide what’s right, what’s true and what we should do. With examples ranging from Milton’s Paradise Lost to the legalization of same sex marriage and Donald Trump, Fish shows us how the rules of engagement shift between contexts - and how rhetoric is the key to success in all of them.

Drawing from his bestselling book Winning Arguments, Fish makes the controversial claim that facts are merely opinions that have been made to stick - and what makes them stick is nothing more than successfully deployed arguments.

Take the course to learn:

"Rhetoric and Reality" will be added to our big list, 1,500 Free Online Courses from Top Universities.

IAI Academy Now Offers Free Courses: From “The Meaning of Life” to “A Brief Guide to Everything”

Take Free Philosophy Courses from The Institute of Art and Ideas: From “The Meaning of Life” to “Heidegger Meets Van Gogh”