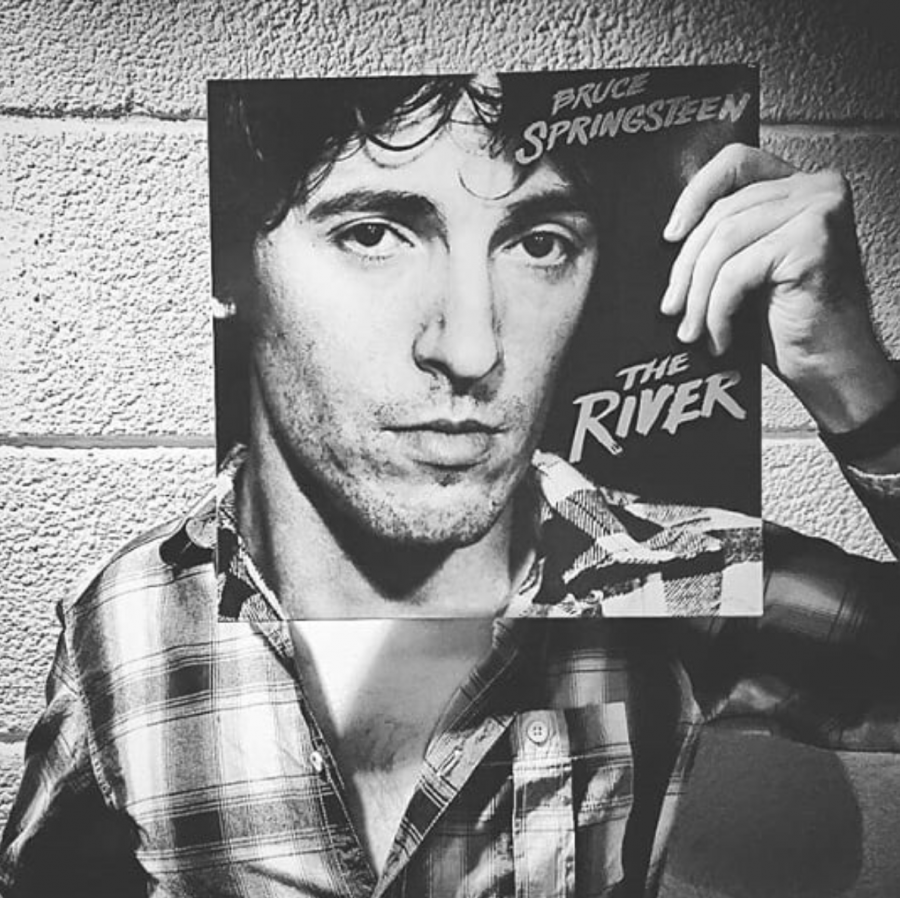 We've all heard a great deal over the past twenty years or so about the death of the album. This talk seems to have begun with the emergence of the downloadable individual song, a technology that would finally allow us consumers to purchase only the tracks we want to hear and avoid paying full price for "filler." But against these odds, the long-playing album has persisted: artists still record them and listeners, at least dedicated listeners, still buy them, sometimes even on vinyl. 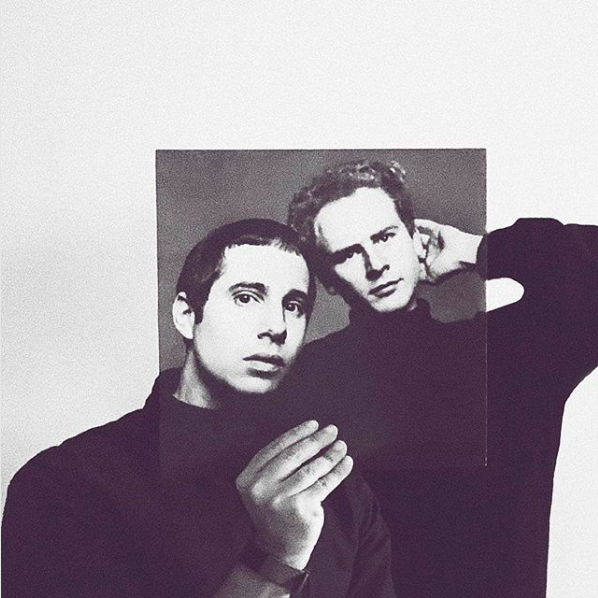 Somehow the album has remained culturally relevant, and a fair bit of the credit must go to its cover. It didn't take long after the introduction of the 12-inch, 33 1/3-RPM vinyl record in 1948 for the marketing purposes of its large outer sleeve to become evident, and the past 71 years have produced many a memorable image in that form. Few platforms could be as representative of our digital age as Instagram, but it is on Instagram that the album cover has recently received homage from across the globe. 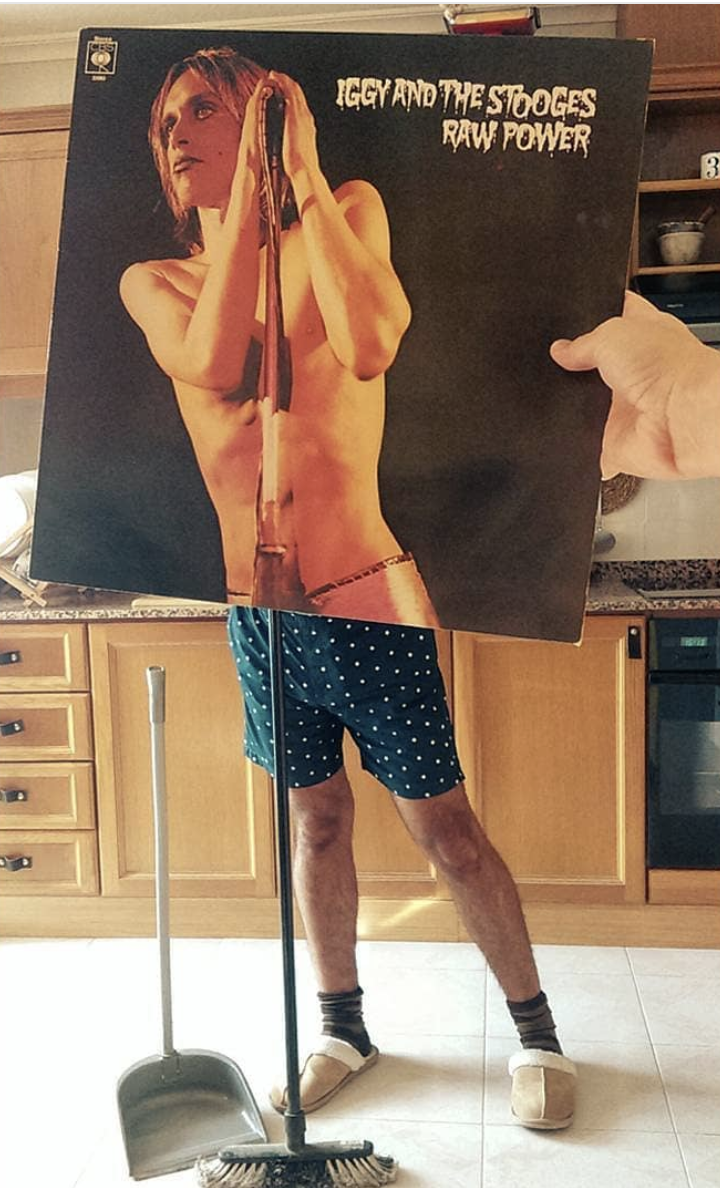 "Sleeveface is an amusing participatory photo project in which people from all over the world strategically pose with matching album covers," writes Laughing Squid's Lori Dorn, "creating the illusion that the original picture is complete." 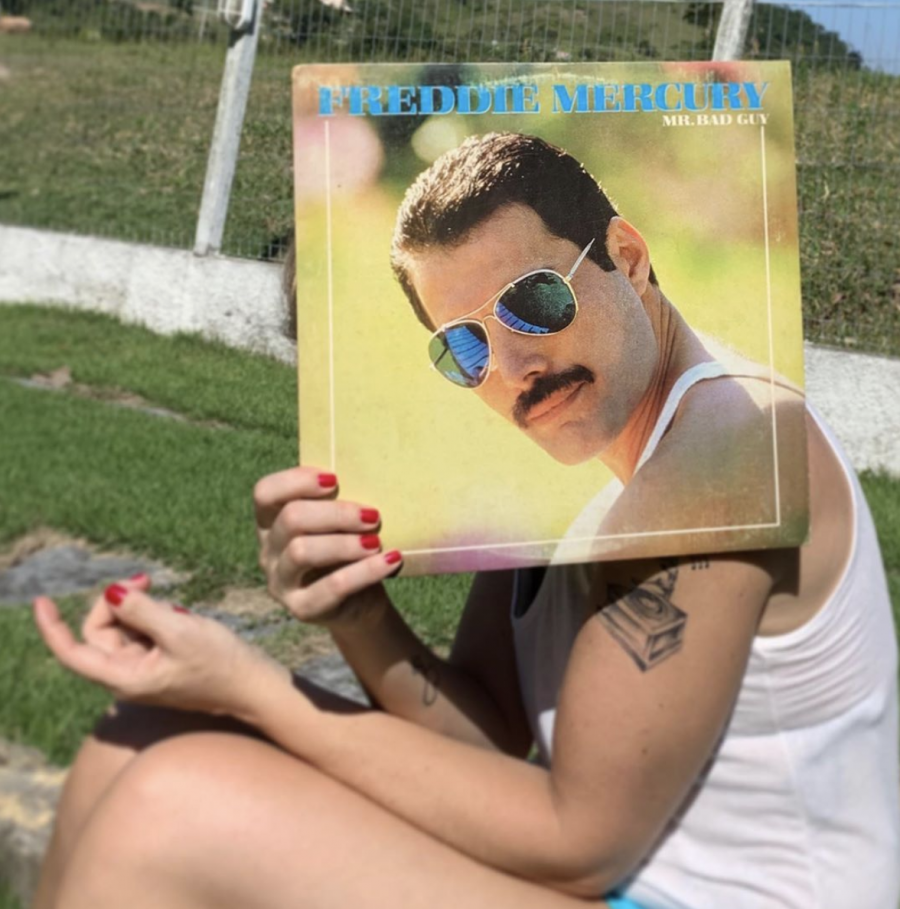 Browse the tags #sleeveface and #sleevefacesunday (for everything on the internet eventually gets its day) on Instagram and you'll see a variety of tribute poses, some of them uncannily well-aligned, to musicians whose faces we all know not least because they've appeared on iconic album covers: Bruce Springsteen to Bob Marley, Simon and Garfunkel to Iggy and the Stooges, Leonard Cohen to Freddie Mercury, Janis Joplin to Adele. 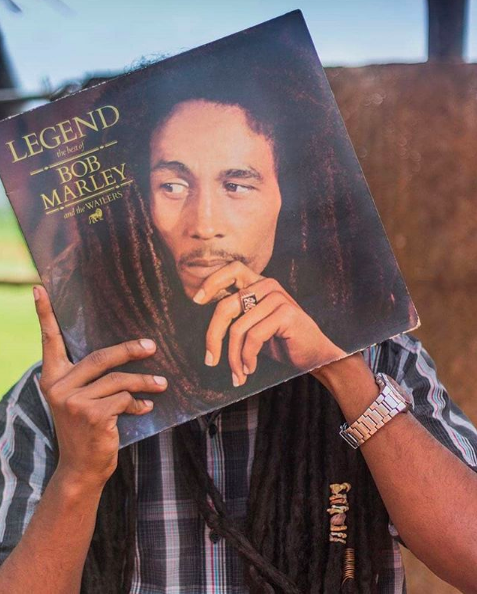 All those famous names have undergone the sleeveface treatment, and quite a few of them have undergone it more than once. Many of us have grown familiar indeed with these albums, and surely even those of us who've never listened to them start-to-finish probably know at least a couple of their songs. But even if you've never heard so much as a measure of any of them, you've almost certainly seen their covers — and may well, at one time or another, have been tempted to hold them up in front of your own face to see how they lined up. Popular music shows us how much we have in common, but so does its packaging. 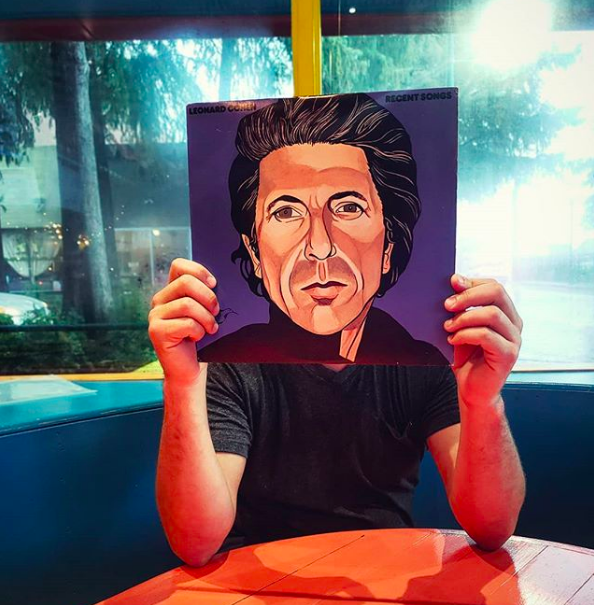