What Is a “Casual Game?” Pretty Much Pop: A Culture Podcast #46 Talks to Nick Fortugno, Creator of “Diner Dash” 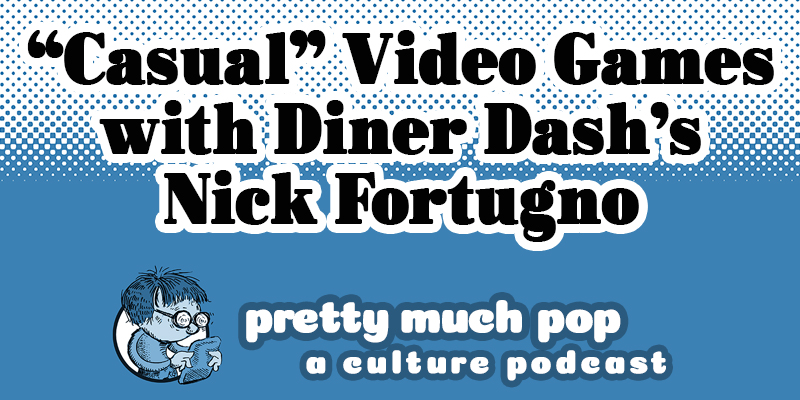 Famed game designer Nick joins your hosts Mark Linsenmayer, Erica Spyres, and Brian Hirt to consider fundamental questions about the activity of gaming (Nick calls games "arbitrary limits on meaningless goals") and what constitutes a casual game: Is it one that's easy (maybe not easy to win, but at least you don't die), one meant to be played in short bursts, or maybe one with a certain kind of art style, or just about any game that runs on a phone? Nick's most famous creation is the casual Diner Dash, which can be very stressful. Vastly different games from very hard but very short action games and very involved but soothing strategy games get lumped under this one label.

Our conversation touches on everything from crosswords to Super Meat Boy, plus the relation between psychology and game design, whether casual games really play less than hardcore gamers, the stigma of an activity that was for marketing reasons at one point branded as being just for adolescent boys, and even heuristics for beating slot machines.

Some sources we looked at include:

Just so you don't have to write them down, our recommendations at the end were: