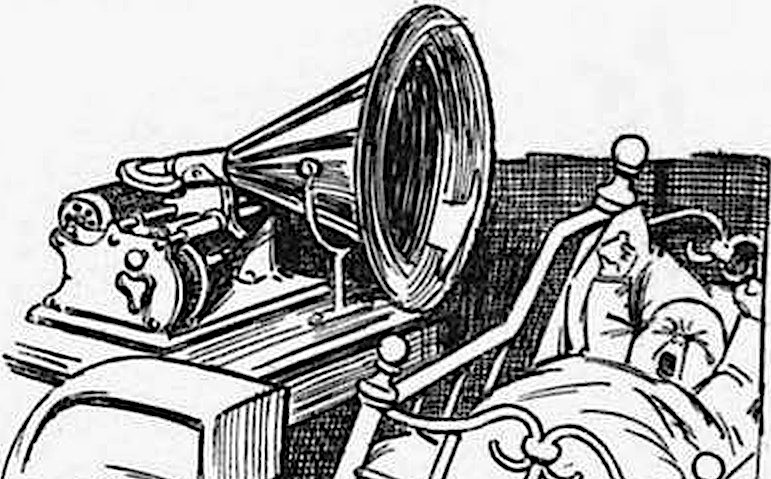 When did you last hear live music? Granted, this isn't an ideal time to ask, what with the ongoing pandemic still canceling concerts the world over. But even before, no matter how enthusiastic a show-goer you considered yourself, your life of music consumption almost certainly leaned toward the recorded variety. This is just as John Philip Sousa feared. In 1906, when recorded music itself was still more or less a novelty, the composer of "The Stars and Stripes Forever" published an essay in Appleton's Magazine prophesying a world in which, thanks to "the multiplication of the various music-reproducing machines," humanity has lost its ability, feel, and appreciation for the art itself.

"Heretofore, the whole course of music, from its first day to this, has been along the line of making it the expression of soul states," writes Sousa. "Now, in this the twentieth century, come these talking and playing machines, and offer again to reduce the expression of music to a mathematical system of megaphones, wheels, cogs, disks, cylinders," all "as like real art as the marble statue of Eve is like her beautiful, living, breathing daughters." With music in such easy reach, who will bother learning to perform it themselves? "What of the national throat? Will it not weaken? What of the national chest? Will it not shrink? When a mother can turn on the phonograph with the same ease that she applies to the electric light, will she croon her baby to slumber with sweet lullabys, or will the infant be put to sleep by machinery?"

Hear that warning read by a voice actor below. (Via our podcast on recorded music: https://t.co/GpU9TYobzG) pic.twitter.com/6ys2goVTv2

The grandiloquence of Sousa's writing, which you can hear performed in the clip from the Pessimists Archive Podcast above, encourages us to enjoy a knowing chuckle, but some of his points may give us pause. He foresees the decline of "domestic music," and indeed, how many households do we know whose members all share in the making of music, or for that matter the listening? "Before you dismiss Sousa as a nutty old codger," writes New Yorker music critic Alex Ross, "you might ponder how much has changed in the past hundred years." With more music at our command than ever before, music itself "has become a radically virtual medium, an art without a face. In the future, Sousa’s ghost might say, reproduction will replace production entirely. Zombified listeners will shuffle through the archives of the past, and new music will consist of rearrangements of the old."

The aesthetic half of Sousa's argument has its descendants today in narratives of rock's ruination by computers, diagnoses of popular culture's addiction to its own past, and "DRUM MACHINES HAVE NO SOUL" stickers. The commercial half will also sound familiar: "The composer of the most popular waltz or march of the year must see it seized, reproduced at will on wax cylinder, brass disk, or strip of perforated paper, multiplied indefinitely, and sold at large profit all over the country, without a penny of remuneration to himself for the use of this original product of his brain," Sousa writes. 114 years later, the relative entitlement of composers, lyricists, and performers (not to mention labels, distributors, and other business entities) to profits from recordings remains a hotly debated matter, due in no small part to the rise of streaming music services like Spotify. That probably wouldn't surprise Sousa — nor would the longing, felt by increasingly many of us, to experience live music once again.

Brian Eno Lists the Benefits of Singing: A Long Life, Increased Intelligence, and a Sound Civilization

Download 10,000 of the First Recordings of Music Ever Made, Thanks to the UCSB Cylinder Audio Archive