The name of Vincent Van Gogh is one of the very best known in the history of painting, and indeed the history of art. But that doesn’t mean the man himself enjoyed any success in his short lifetime. Though he was convinced that he was creating “the art of the future,” and seemingly right to believe it, the buyers of nineteenth-century European art didn’t see it quite that way. Consequently impoverished, Van Gogh had to resort to unconventional strategies to maintain his artistic productivity. Instead of professional models, for example, he hired peasants and people from the streets. And when he couldn’t paint them, he painted himself. 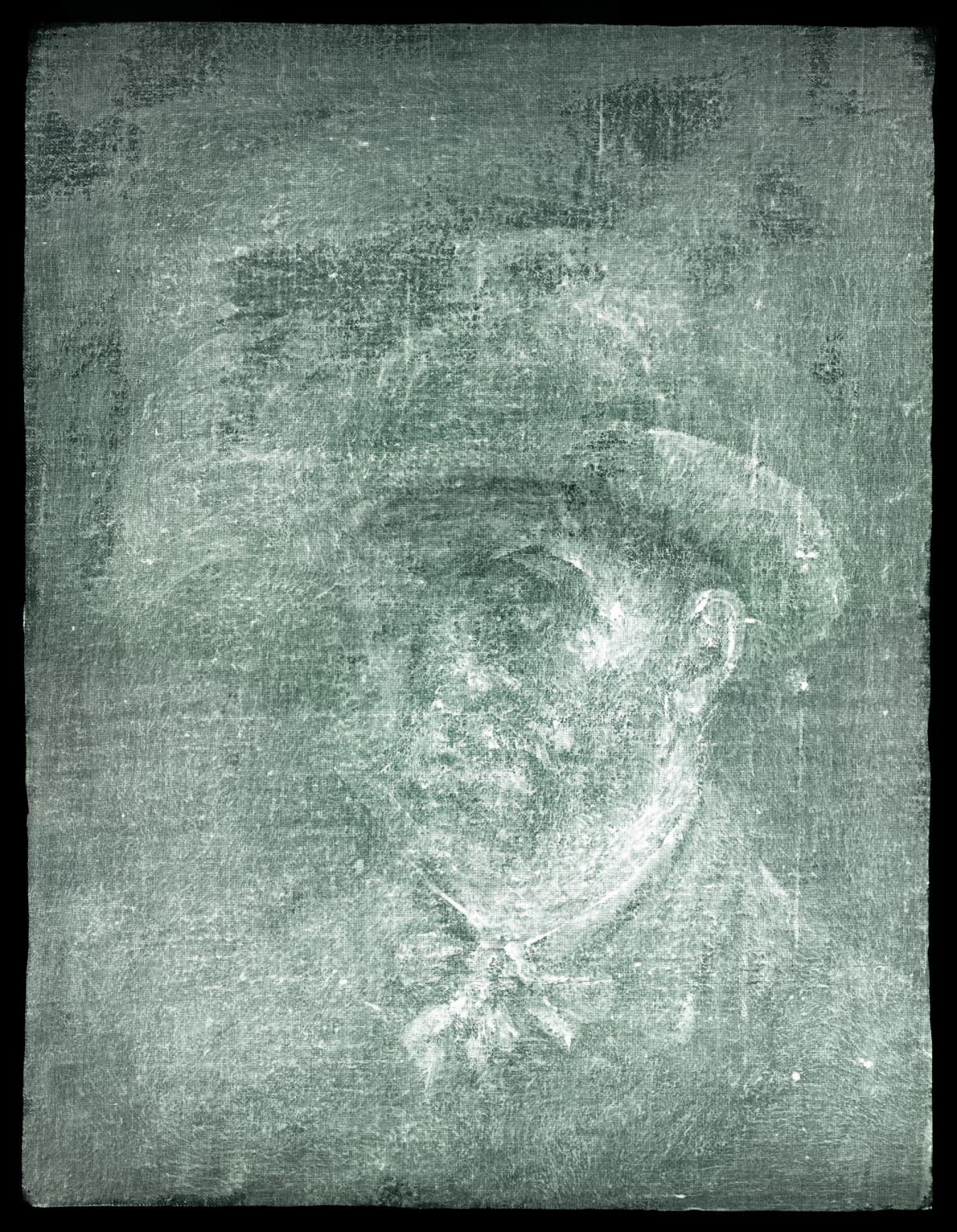 Van Gogh would also economize by re-using his canvases, a practice not unknown in his day. “However, instead of painting over earlier works,” writes Jordan Ogg at National Galleries Scotland, “he would turn the canvas around and work on the reverse.”

It seems he did this with the National Galleries Scotland’s own Head of a Peasant Woman, whose back side turns out to bear a hitherto unknown self-portrait hidden by “layers of glue and cardboard” for well over a century. X-ray analysis has revealed “a bearded sitter in a brimmed hat with a neckerchief loosely tied at the throat. He fixes the viewer with an intense stare, the right side of his face in shadow and his left ear clearly visible.” 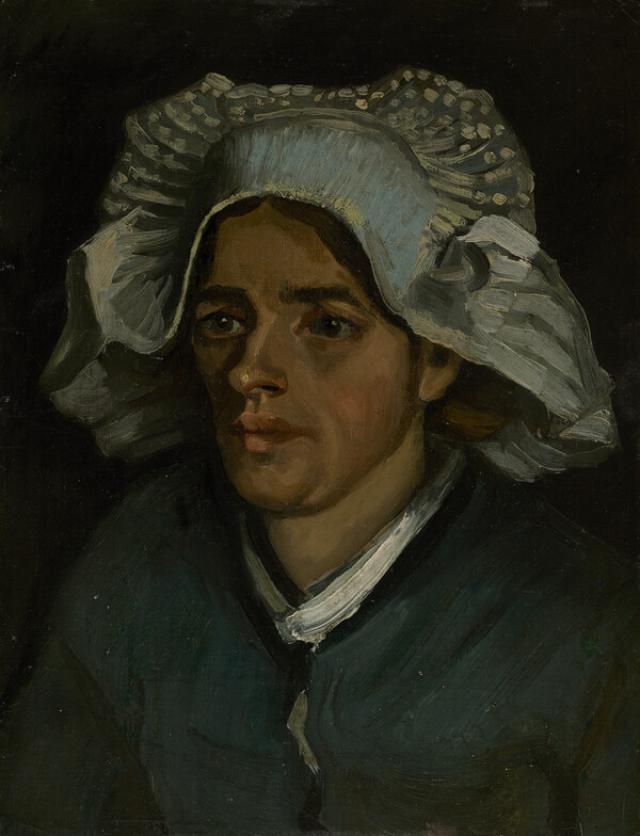 Even in its ghostly lack of detail, this face seems to be unmistakable. If it belongs to who we think it does, it will become the 36th known Van Gogh self-portrait. It would have been painted before 1884’s Head of a Peasant Woman, “during a key moment in Van Gogh’s career, when he was exposed to the work of the French impressionists after moving to Paris.” You can learn about the ongoing process of this lost self-portrait’s rediscovery in the video at the top of the post. Van Gogh expressed conviction that he was painting for later generations, but surely even he would be astounded at the excitement of twenty-first century curators about finding another of his self portraits — and one he saw fit to give the cardboard treatment at that.

Discovered: The Only Known Picture of Vincent Van Gogh as an Adult Artist? (Maybe, Maybe Not)